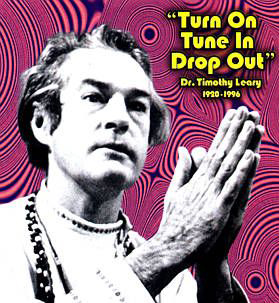 Researchers from McGill University (Montreal, Canada) have discovered, for the first time, one of the possible mechanisms that contributes to the ability of lysergic acid diethylamide (LSD) to increase social interaction. The findings, which could help unlock potential therapeutic applications in treating certain psychiatric diseases, including anxiety and alcohol use disorders, we published online on January 25, 2021 in PNAS. The open-access article is titled “Lysergic Acid Diethylamide (LSD) Promotes Social Behavior Through mTORC1 in the Excitatory Neurotransmission.” Psychedelic drugs, including LSD, were popular in the 1970s (see image of early LSD advocate Dr. Timothy Leary) and have been gaining popularity over the past decade, with reports of young professionals claiming to regularly take small non-hallucinogenic micro-doses of LSD to boost their productivity and creativity and to increase their empathy. The mechanism of action of LSD on the brain, however, has remained a mystery. To conduct their study, the researchers administered a low dose of LSD to mice over a period of seven days, resulting in an observable increase in the sociability of the mice. "This increased sociability occurs because the LSD activates the serotonin 5-HT2A receptors and the AMPA receptors, which is a glutamate receptor--the main brain excitatory neurotransmitters--in the prefrontal cortex, and also activates a cellular protein called mTORC 1," explains Danilo De Gregorio, PharmD, PhD, who is a postdoctoral fellow in the Neurobiological Psychiatry Unit at McGill, and the study's first author. "These three factors, taken together, promote social interaction in mice, which is the equivalent of empathy and social behavior in humans." [Editor’s Note: 5-HT2A is the abbreviation for 5-hydroxytryptamine receptor 2A.
Login Or Register To Read Full Story
Login Register