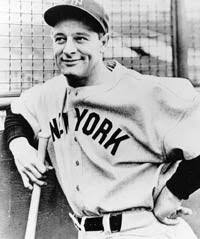 Northwestern University scientists have identified the first compound that eliminates the ongoing degeneration of upper motor neurons that become diseased and are a key contributor to ALS (amyotrophic lateral sclerosis) (also known as Lou Gehrig’s disease), a swift and fatal neurodegenerative disease that paralyzes its victims. In addition to ALS, upper motor neuron degeneration also results in other motor neuron diseases, such as hereditary spastic paraplegia (HSP) and primary lateral sclerosis (PLS). In ALS, movement-initiating nerve cells in the brain (upper motor neurons) and muscle-controlling nerve cells in the spinal cord (lower motor neurons) die. The disease results in rapidly progressing paralysis and death. So far, there has been no drug or treatment for the brain component of ALS, and no drug for HSP or PLS patients. "Even though the upper motor neurons are responsible for the initiation and modulation of movement, and their degeneration is an early event in ALS, so far there has been no treatment option to improve their health," said senior author Hande Ozdinler, PhD, Associate Professor of Neurology at Northwestern University Feinberg School of Medicine. "We have identified the first compound that improves the health of upper motor neurons that become diseased." The study was published online on February 23, 2021 in Clinical and Translational Medicine. The open-access article is titled “Improving Mitochondria and ER Stability Helps Eliminate Upper Motor Neuron Degeneration That Occurs Due to mSOD1 toxicity and TDP‐43 Pathology (https://onlinelibrary.wiley.com/doi/10.1002/ctm2.336). Dr. Ozdinler collaborated on the research with study author Richard B. Silverman, PhD, the Patrick G. Ryan/Aon Professor of Chemistry at Northwestern.
Login Or Register To Read Full Story
Login Register