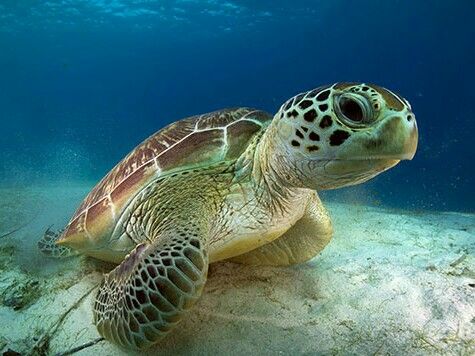 New research from the University of North Carolina (UNC) at Chapel Hill provides valuable insight into the navigation and nesting behaviors of loggerhead sea turtles that could inform future conservation efforts. Loggerhead sea turtles that nest on beaches with similar magnetic fields are genetically similar to one another, according to a new study by UNC-Chapel Hill biologists Dr. Kenneth J. Lohmann and Dr. J. Roger Brothers. The study was published online on April 12, 2018 in the journal Current Biology on April 12. The open-access article is titled “Evidence that Magnetic Navigation and Geomagnetic Imprinting Shape Spatial Genetic Variation in Sea Turtles.” A key takeaway is that magnetic fields are the strongest predictor of genetic similarity among nesting loggerhead sea turtles, regardless of the geographic proximity or environmental traits of nesting beaches. The findings support previous research from Dr. Lohmann and Dr. Brothers, which indicated that adult loggerhead sea turtles use magnetic fields to find their way back to the beach where they themselves hatched. The new research implies that sometimes the turtles mistakenly nest at a different beach with a similar magnetic field, even if that beach is geographically far away from the beach on which they hatched - like on the opposite coast of Florida. Conservation efforts should note the importance of a beach's magnetic field for attracting loggerhead sea turtles. Sea walls, power lines, and large beachfront buildings may alter the magnetic fields that turtles encounter. "Loggerhead sea turtles are fascinating creatures that begin their lives by migrating alone across the Atlantic Ocean and back. Eventually they return to nest on the beach where they hatched - or else, as it turns out, on a beach with a very similar magnetic field," said Dr.
Login Or Register To Read Full Story
Login Register