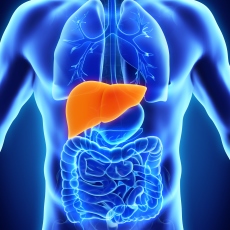 Researchers at the Children's Medical Center Research Institute (CRI) at the University of Texas (UT) Southwestern have discovered that cells in the liver with whole genome duplications, known as polyploid cells, can protect the liver against cancer. The study, published online on February 8, 2018 in Developmental Cell, addresses a long-standing mystery in liver biology and could stimulate new ideas to prevent cancer. The article is titled “The Polyploid State Plays a Tumor-Suppressive Role in the Liver.” Most human cells are diploid, carrying only one set of matched chromosomes that contain each person's genome. Polyploid cells carry two or more sets of chromosomes. Although rare in most human tissues, these cells are prevalent in the hearts, blood, and livers of mammals. Polyploidization also increases significantly when the liver is exposed to injury or stress from fatty liver disease or environmental toxins that could cause liver cancer later in life. It is unknown, however, whether these increases in polyploidization have functional importance. Previous research into the exact function of polyploid liver cells has been limited, in part because it has been difficult to change the number of sets of chromosomes in a cell, or ploidy, without introducing permanent mutations in genes that may also affect other cellular activities, such as division, regeneration, or cancer development. Because of this, there were many ideas as to why the liver is polyploid, but little experimental evidence. CRI researchers have discovered a new approach. "Our lab has developed new methods to transiently and reversibly alter ploidy for the first time. This was an important advance because it allowed us to separate the effects of ploidy from the effects of genes that change ploidy.
Login Or Register To Read Full Story
Login Register