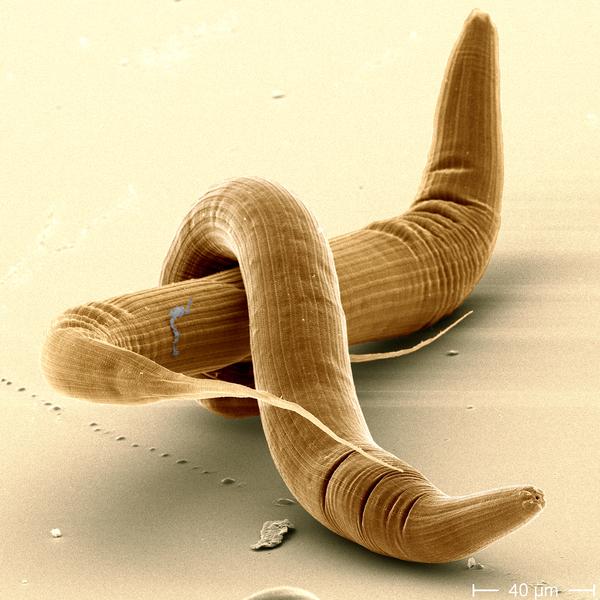 Pristionchus nematodes come in two varieties: Most species consist of typical males and females, but in several species the females have evolved the ability to produce and use their own sperm for reproduction. Scientists from the Max Planck Institute of Developmental Biology in Tübingen, Germany, discovered that these so called “hermaphrodites” have shorter lifespans, with normal females frequently living over twice as long as closely related hermaphrodites. The article was published online on February 18, 2016 in The American Naturalist and is titled “Mating System Transitions Drive Life Span Evolution in Pristionchus Nematodes.” The ways that males and females interact affects many biological processes, including the evolution of important traits like lifespan and the rate of aging. While the male-female mating system is found in most vertebrates, and all mammals--many animal species employ alternative arrangements. Ralf Sommer, Ph.D, and Cameron Weadick, Ph,D., from the Max Planck Institute of Developmental Biology are doing research on the evolutionary consequences of such differences. They wanted to find out if self-fertilizing hermaphrodite nematodes would evolve to live longer, healthier lives; or if they would evolve shorter life cycles, characterized by quick bursts of reproduction followed by senescent decay. By comparing species that utilize different mating systems, it's possible to see how much of a role sexual interactions play in shaping life-history evolution. The researchers measured adult lifespan in females and hermaphrodites from eleven different Pristionchus nematode (roundworm) species. They discovered that hermaphrodites, which fertilize their own eggs with their own sperm, live significantly shorter than their female relatives.
Login Or Register To Read Full Story
Login Register