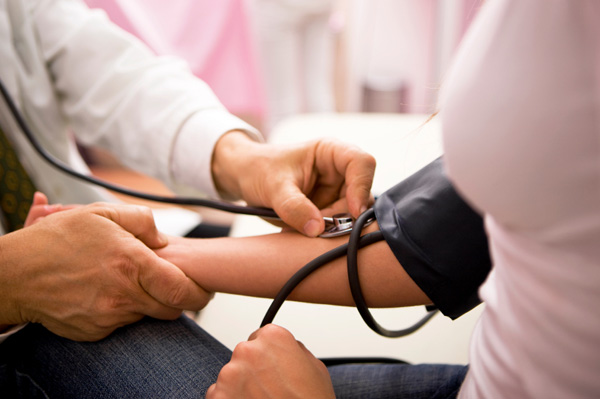 Levels of biomarkers in the blood of pregnant women can be used to predict which women are at risk of pre-eclampsia, according the results of a study published online on July 22, 2015 in BJOG: An International Journal of Obstetrics and Gynaecology. ADMA and Hcy, both known to be raised in women with pre-eclampsia, are present in the blood in higher than normal concentrations a month before the onset of the condition. The article is titled “Serial Determinations of Asymmetric Dimethylarginine and Homocysteine during Pregnancy to Predict Pre-Eclampsia: a Longitudinal Study.” Pre-eclampsia is a combination of raised blood pressure (hypertension) and protein in the urine (proteinuria). It is quite common, usually occurring after 20 weeks of pregnancy, and affecting between 2 and 8 in 100 women during pregnancy. In most cases it is mild and has little effect on the pregnancy. However for 1 in 200 women, the effects are more serious. Severe pre-eclampsia can affect the mother by damaging the kidneys, liver, and other organs and, in really severe cases, cause seizures and coma. There is often less fluid than normal around the baby and the placenta can be affected, restricting blood flow and nutrients necessary for the baby's growth. The exact cause of pre-eclampsia is not understood but it is more common in first pregnancies. Once identified, mothers can be monitored and treated. Often the baby will be delivered early by being induced or by caesarean section. The current study addresses the need to find a reliable way of screening women to find those at risk of pre-eclampsia. The research team led by Dr.
Login Or Register To Read Full Story
Login Register