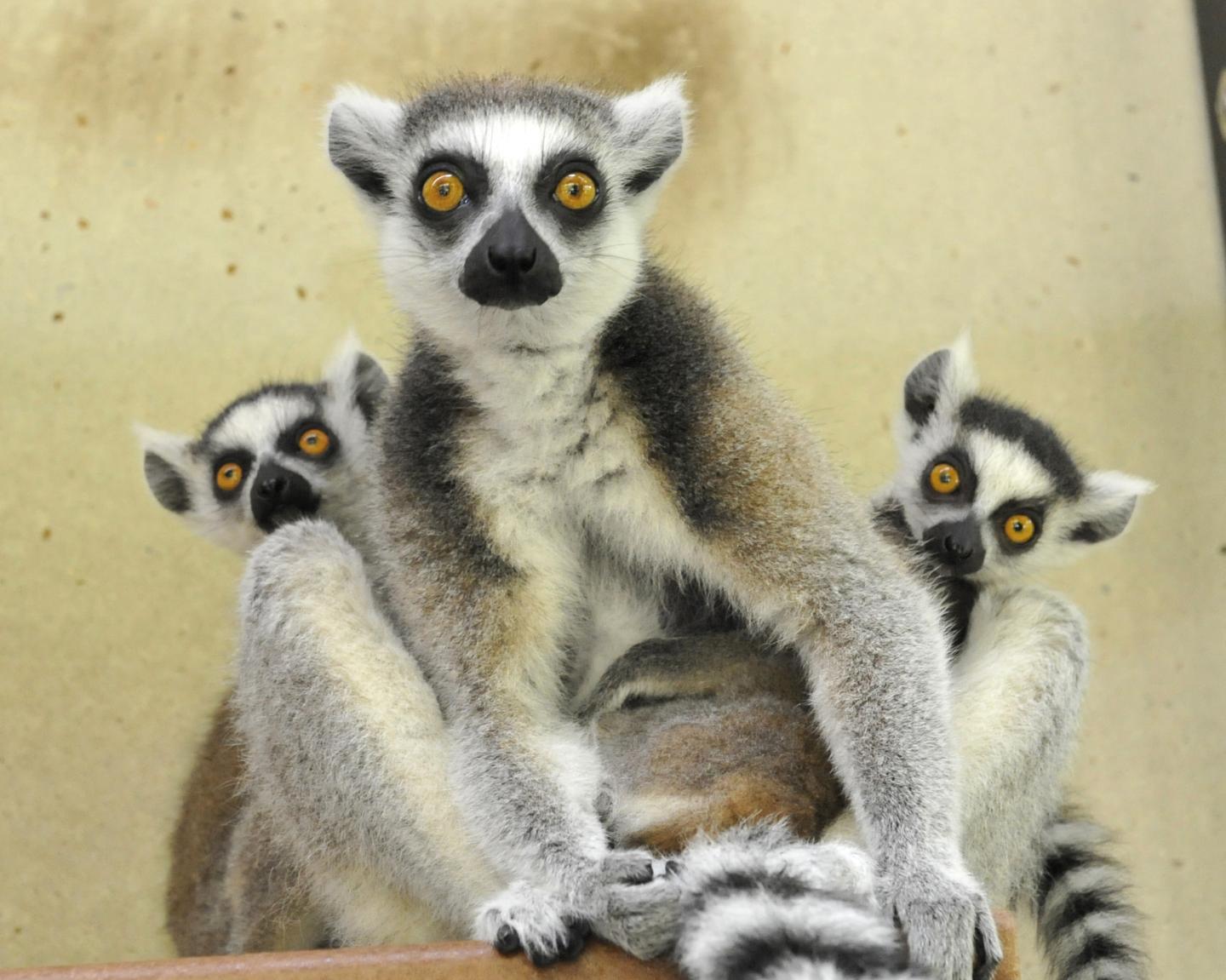 A study of the bacteria in the guts of three lemur species offers new insights into the role of diet in shaping these microbial ecosystems - and how these microbes may relate to primate health. "We wanted to know which microbes were present and what they were doing," says Dr. Erin McKenney, a postdoctoral researcher at North Carolina State University and lead author of a paper on the work. "We found, among other things, some similarities between lemurs and humans - their distant primate cousins - which raise questions about microbes we have associated with health problems in humans." The researchers looked at three species of lemur: ruffed lemurs (Varecia variegata) and ringtail lemurs (Lemur catta), which eat an identical diet of fruits and vegetables at the Duke Lemur Center (where the study animals were located); and sifakas (Propithecus coquereli), which eat leaves. The researchers collected data on the nutritional composition of each species' diet in captivity. They then used genetic sequencing techniques to identify the bacterial makeup of the gut microbiome, based on fecal samples taken from representatives of each species. The researchers also used nuclear magnetic resonance spectroscopy on fecal samples to determine which chemical products were produced in the gut. By analyzing the bacteria present and the chemicals being produced, the researchers could determine how the gut microbes were making use of each lemur's diet. To put this work in context, it's important to know that ruffed and ringtail lemurs have very different guts, physically. Ruffed lemurs have very simple guts - they're pretty much a straight line. Ringtails have guts that resemble human intestines - lots of twists and turns. But both species have identical diets in captivity. And researchers found that they also had almost identical gut microbiomes.
Login Or Register To Read Full Story
Login Register