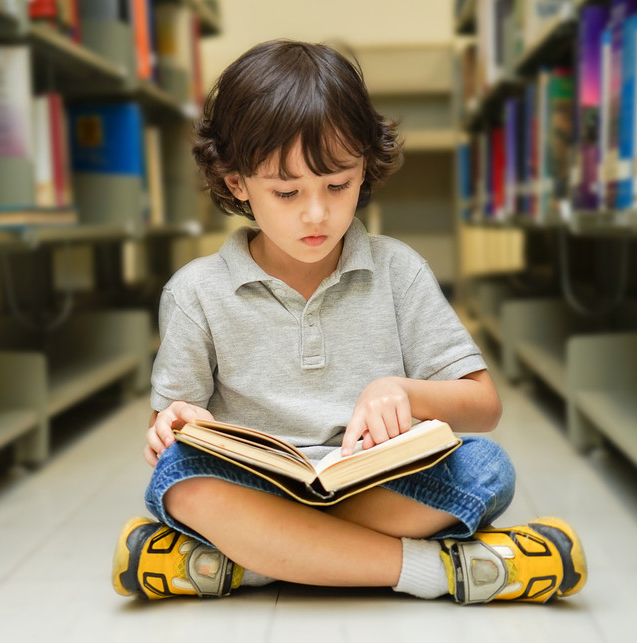 Humans began to develop systems of reading and writing only within the past few thousand years. Our reading abilities set us apart from other animal species, but a few thousand years is much too short a timeframe for our brains to have evolved new areas specifically devoted to reading. To account for the development of this skill, some scientists have hypothesized that parts of the brain that originally evolved for other purposes have been “recycled” for reading. As one example, they suggest that a part of the visual system that is specialized to perform object recognition has been repurposed for a key component of reading called orthographic processing--the ability to recognize written letters and words. A new study from MIT neuroscientists offers evidence for this hypothesis. The findings suggest that even in nonhuman primates, who do not know how to read, a part of the brain called the inferotemporal (IT) cortex is capable of performing tasks such as distinguishing words from nonsense words, or picking out specific letters from a word. “This work has opened up a potential linkage between our rapidly developing understanding of the neural mechanisms of visual processing and an important primate behavior--human reading,” says James DiCarlo, PhD, the Head of MIT’s Department of Brain and Cognitive Sciences, an investigator in the McGovern Institute for Brain Research and the Center for Brains, Minds, and Machines, and the senior author of the study. Rishi Rajalingham, PhD, an MIT postdoc, is the lead author of the study, which was published online on August 4, 2020 in Nature Communications. The open-access article is titled “The Inferior Temporal Cortex Is a Potential Cortical Precursor of Orthographic Processing in Untrained Monkeys.” Other MIT authors on this article are postdoc Kohitij Kar, PhD, and technical associate Sachi Sanghavi.
Login Or Register To Read Full Story
Login Register