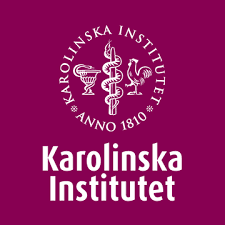 Scientists at the Karolinska Institute in Swedne in have evaluated a new Alzheimer’s therapy in which the patients receive an implant that stimulates the growth of a certain type of nerve cell. The results, which were published online on February 9, 2015 in the scientific journal Alzheimer's & Dementia, suggest that the introduction of a nerve growth factor (NGF) can prevent neuronal degradation in Alzheimer’s patients. The title of the new article is, “Changes in CSF Cholinergic Biomarkers in Response to Cell Therapy with NGF in Patients with Alzheimer’s Disease.” Patients with Alzheimer’s disease are known to suffer a selective and early breakdown of so-called cholinergic nerve cells, which require a specific NGF to function. [Nerve growth factors (NGFs) are, essentially a group of proteins necessary for nerve cell growth and survival]. As NGF levels decline, the cholinergic nerve cells begin to degrade and the patient’s condition slowly deteriorates. In an attempt to curb the breakdown of the cholinergic nerve cells, researchers at the Karolinska Institute’s Centre for Alzheimer’s Research, and their colleagues at Karolinska University Hospital’s neurosurgery clinic, and at the Danish biotech company NsGene introduced NGF directly into the brains of Alzheimer’s patients. To do this, they used NGF-producing cell capsules, placing them in the basal fore-brain, where the cholinergic cells reside, using precision stereotactic surgery. There, the capsules, which can easily be removed, release NGF to the surrounding cells in order to prevent their degradation. The study, now published in Alzheimer’s & Dementia, is based on data from six Alzheimer’s patients.
Login Or Register To Read Full Story
Login Register