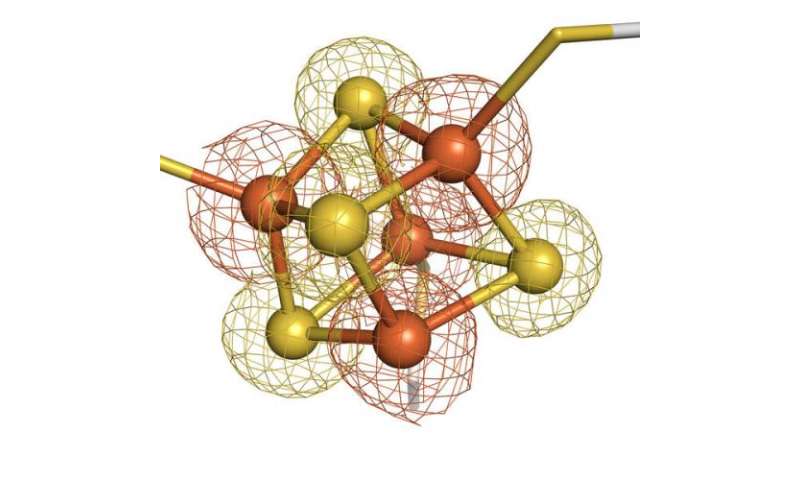 Many important proteins in the human body need iron-sulfur clusters, tiny structures made of iron and sulfur atoms, in order to function correctly. Researchers at the National Cancer Institute (NCI), the National Institutes of Health (NIH), and the University of Kentucky have discovered that disruptions in the construction of iron-sulfur clusters can lead to the buildup of fat droplets in certain cells. These findings, which were published in the May 25, 2018 issue of the Journal of Biological Chemistry, provide clues about the biochemical causes of conditions like nonalcoholic fatty liver disease and clear cell renal carcinoma. The article, which was an Editor’s Pick of the May 25 issue, is titled “Acute loss of Iron–Sulfur Clusters Results in Metabolic Reprogramming and Generation of Lipid Droplets in Mammalian Cells.” "Iron-sulfur clusters are delicate and susceptible to damage within the cell," said Daniel Crooks, PhD, the postdoctoral fellow who led the new study. "For this reason, the cells in our body are constantly building new iron-sulfur clusters." Dr. Crooks began studying the enzymes that build iron-sulfur clusters during his graduate studies in Dr. Tracey Rouault's lab at the Eunice Kennedy Shriver National Institute of Child Health and Human Development of the NIH. Mutations in one of these enzymes can cause ISCU (i.e., iron-sulfur cluster assembly enzyme deficiency) myopathy, a hereditary condition in which patients, despite seeming strong and healthy, cannot exercise for more than a short time without feeling pain and weakness. Therefore, it was clear to Dr. Crooks that lifelong deficiency of iron-sulfur clusters caused profound changes in how cells processed energy. But he wondered exactly what happened in a cell in the first moments after something went wrong with iron-sulfur cluster production.
Login Or Register To Read Full Story
Login Register