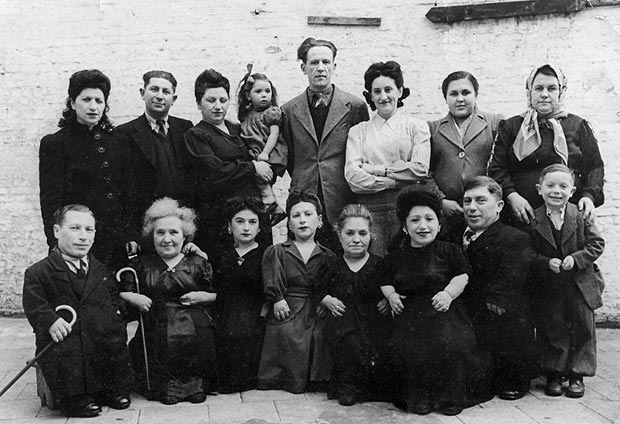 A better understanding of the pathology of a severe form of dwarfism, as well as a possible window of treatment, have been discovered by researchers at The University of Texas Health Science Center at Houston (UTHealth). The preclinical research was published in the May 2014 issue of the Journal of Bone and Mineral Research. Pseudoachondroplasia (PSACH) is a disorder that affects the cells in the growth plate, resulting in dwarfism, limb deformities, joint pain, and early-onset osteoarthritis. Children with PSACH show no signs of it at birth. Slowing of the long bone growth begins around age 2 and the cellular damage becomes extensive by age 4. The disorder is caused by mutations in the cartilage oligomeric matrix protein (COMP) that is situated near cells known as chondrocytes, which play a key role in bone formation. “By the time patients are in their late 20s, many have had both knees and hips replaced. They have severe joint pain and their mobility is very restricted,” said first author Karen Posey, Ph.D., assistant professor of pediatrics at the UTHealth Medical School. Previous studies of PSACH have been limited, relying on cultured PSACH cells or samples taken from human biopsies, and have not led to the development of feasible treatment options. Researchers recognized that they need a better method to study the disorder, which affects approximately 1 in 30,000 people. “We generated a mouse with the human COMP gene that contains the most common mutation causing PSACH. Similarly to how the disease manifests in humans, these genetically engineered mice appear normal at birth, but later show symptoms of PSACH, giving us a unique opportunity to potentially pinpoint when changes occur and when treatment may be most effective,” Dr. Posey said.
Login Or Register To Read Full Story
Login Register