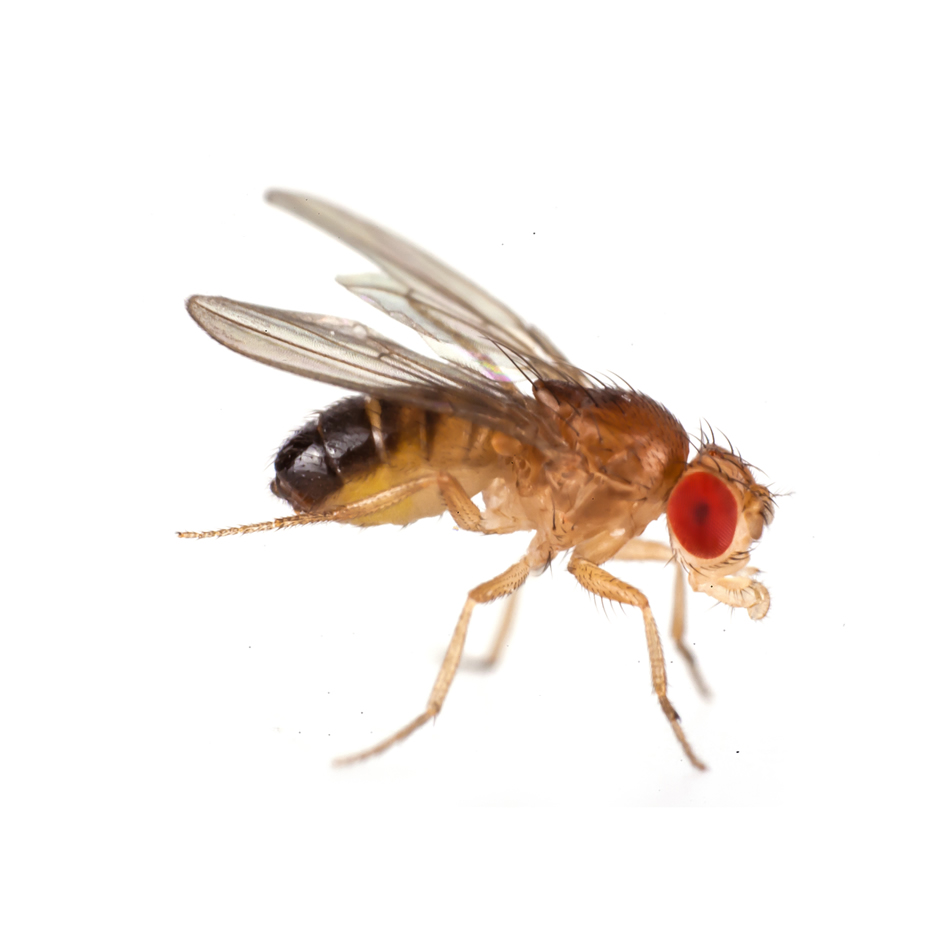 In 2005, an ultramarathon runner ran continuously 560 kilometers (350 miles) in 80 hours, without sleeping or stopping. This distance was roughly 324,000 times the runner's body length. Yet this extreme feat pales in comparison to the relative distances that fruit flies can travel in a single flight, according to new research from Caltech. Caltech scientists have now discovered that fruit flies can fly up to 15 kilometers (about 9 miles) in a single journey--6 million times their body length, or the equivalent of over 10,000 kilometers for the average human. In comparison to body length, this is farther than many migratory species of birds can fly in a day. To discover this, the team conducted experiments in a dry lakebed in California's Mojave Desert, releasing flies and luring them into traps containing fermenting juice in order to determine their top speeds. The research was conducted in the laboratory of Michael Dickinson, PhD, Esther M. and Abe M. Zarem Professor of Bioengineering and Aeronautics and executive officer for biology and biological engineering. A paper describing the study was published online on April 27, 2021 PNAS. The article is titled “The Long-Distance Flight Behavior of Drosophila Supports an Agent-Based Model for Wind-Assisted Dispersal in Insects” (https://www.pnas.org/content/118/17/e2013342118). The work was motivated by a longstanding paradox that was identified in the 1940s by legendary geneticist Theodosius Dobzhansky and other pioneers of population genetics who studied Drosophila species across the Southwest United States. Dobzhansky and others found that fly populations separated by thousands of kilometers appeared much more genetically similar than could be easily explained by their estimates of how far the tiny flies could actually travel. Indeed, when biologists would release flies outdoors, the insects would often simply buzz around in circles over short distances, as they do in our kitchens.
Login Or Register To Read Full Story
Login Register