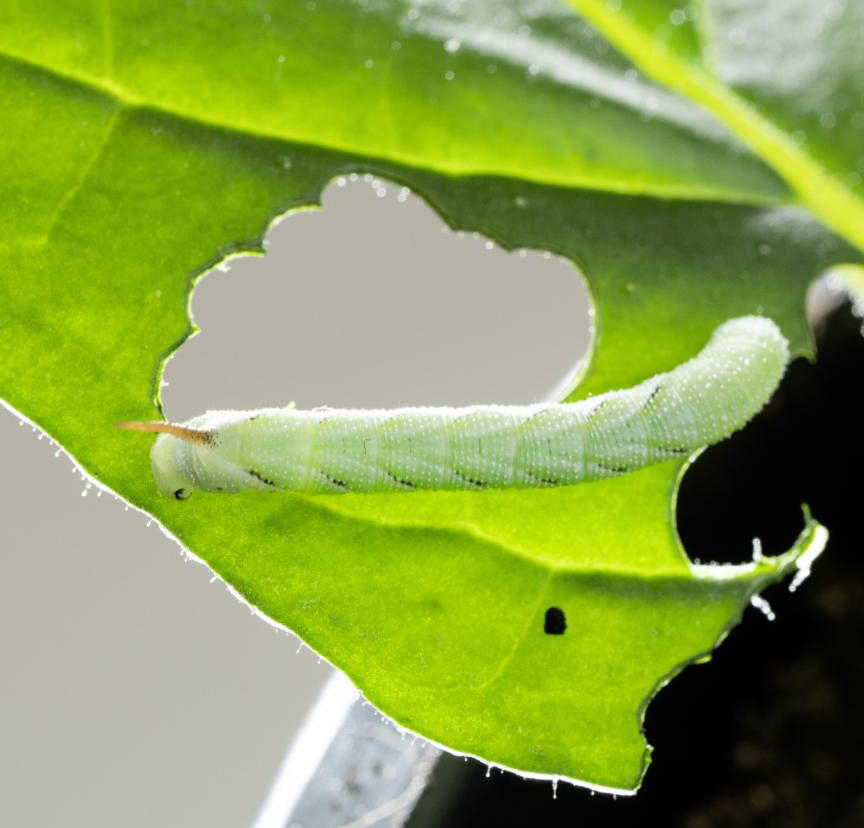 Plants produce toxic substances to defend themselves against herbivores. In a new study, scientists from the Max Planck Institute for Chemical Ecology in Jena and the University of Münster, both in Germany, were able to describe in detail the biosynthesis and exact mode of action of an important group of defensive substances, the diterpene glycosides, in wild tobacco plants. Diterpene glycosides allow plants to fend off herbivores. The study shows that these plant chemicals attack certain parts of the cell membrane. To protect themselves from their own toxins and to prevent their cell membranes from being damaged, tobacco plants store these substances in a non-toxic form, which is synthesized in a very particular way. Autotoxicity and the protection against it seem to play a greater role in the evolution of plant defenses than previously thought according to results published in the January 15, 2021 issue of Science (https://science.sciencemag.org/content/371/6526/255). The article is titled “Controlled Hydroxylations of Diterpenoids Allow for Plant Chemical Defense Without Autotoxicity.” Many plants produce chemical defenses to protect themselves against being eaten. Still little is known about what makes these substances toxic to their consumers. Researchers at the Max Planck Institute for Chemical Ecology and the University of Münster have now investigated how plants produce toxins and store them in their tissues without harming themselves. In particular, they wanted to know whether the mechanisms of autotoxicity and its prevention share similar mechanisms as the toxic characteristics that provide defense against herbivores. For their experiments, the scientists chose diterpene glycosides from Nicotiana attenuata plants, a wild tobacco species. "These substances occur at very high concentrations in the leaves of tobacco plants.
Login Or Register To Read Full Story
Login Register