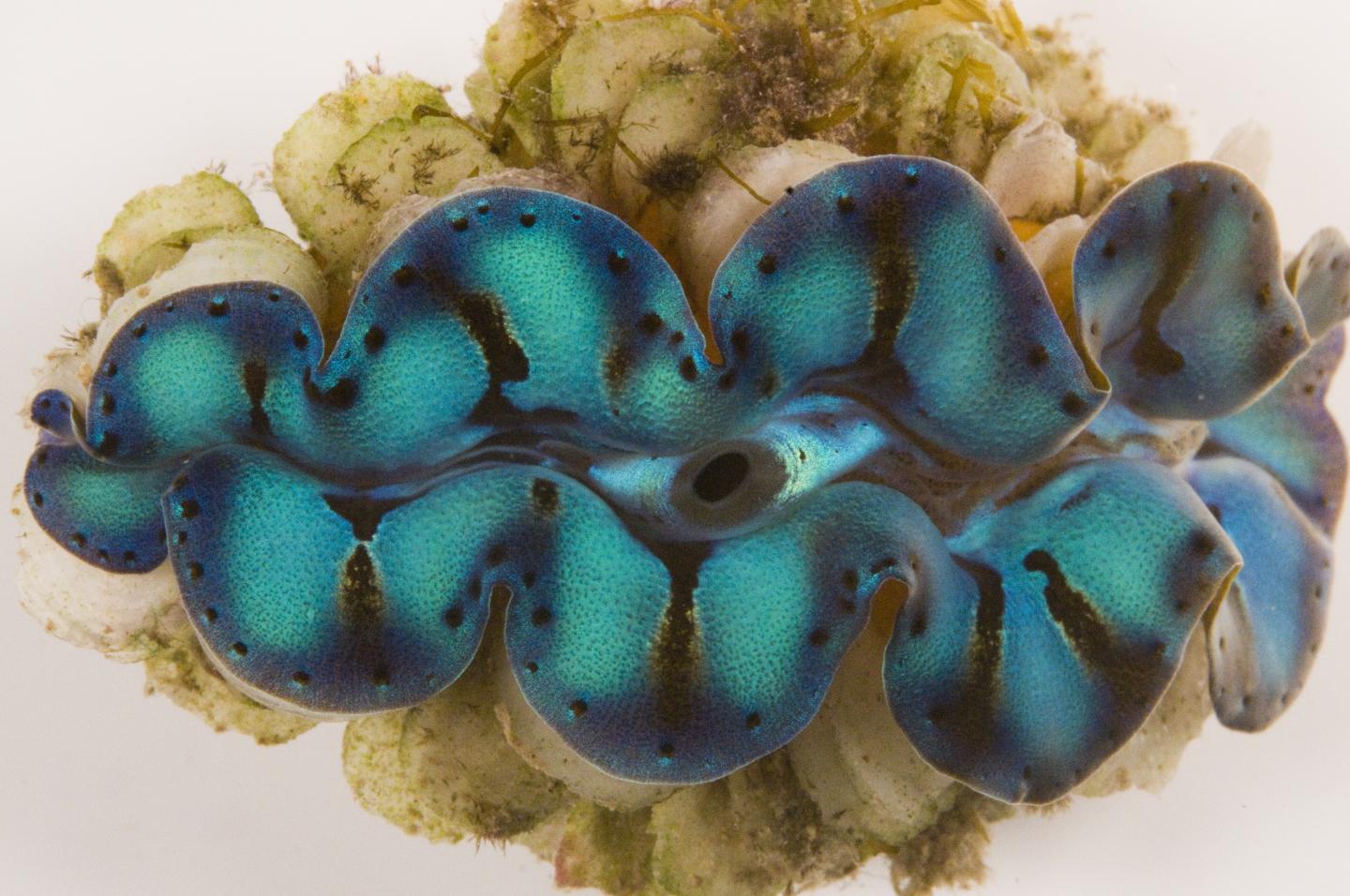 Evolution in extreme environments has produced life forms with amazing abilities and traits. Beneath the waves, many creatures sport iridescent structures that rival what materials scientists can make in the laboratory. A team of researchers from the University of Pennsylvania (Penn) and the University of California, Santa Barbara (UCSB), has now shown how giant clams (image) these structures to thrive, operating as exceedingly efficient, living greenhouses that grow symbiotic algae as a source of food. This understanding could have implications for alternative energy research, paving the way for new types of solar panels or improved reactors for growing biofuel. The study was led by Dr. Alison Sweeney, assistant professor in the Department of Physics and Astronomy in Penn's School of Arts & Sciences, and Dr. Daniel Morse, professor emeritus in UCSB's Department of Molecular, Cellular and Developmental Biology and Director of its Marine Biotechnology Center. The team also includes lead author Dr. Amanda Holt, a postdoctoral researcher formerly at UCSB and now at Penn, as well as Dr. Sanaz Vahidinia of NASA's Ames Research Center and Dr. Yakir Luc Gagnon of Duke University. The work was published online on October 1, 2014 in the Journal of the Royal Society Interface. "Many mollusks, like squid, octopuses, snails, and cuttlefish," Dr. Sweeney said, "have iridescent structures, but almost all use them for camouflage or for signaling to mates. We knew giant clams weren't doing either of those things, so we wanted to know what they were using them for." While the true purpose of these iridescent structures, cells known as iridocytes, was not known, the team had a strong hypothesis. Like neighboring coral, giant clams are home to symbiotic algae that grow within their flesh.
Login Or Register To Read Full Story
Login Register