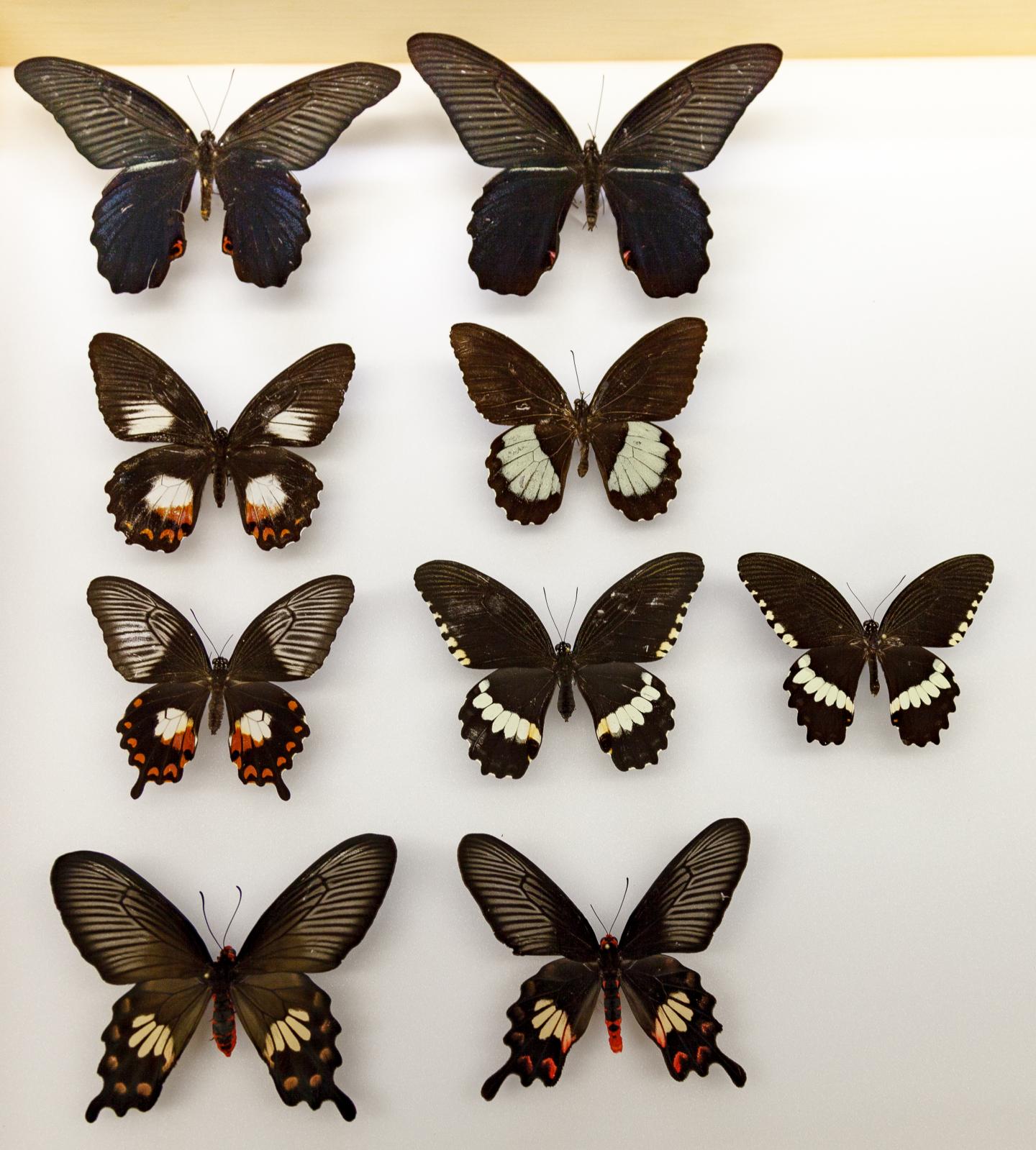 Female swallowtail butterflies do something a lot of butterflies do to survive: they mimic wing patterns, shapes and colors of other species that are toxic to predators. Some - but not all - swallowtail species have evolved several different forms of this trait. But what kind of genetic changes led to these various disguises, and why would some species maintain an undisguised form when mimicry provides an obvious evolutionary advantage? In a new study published online on November 7, 2017 in Nature Communications, scientists from the University of Chicago analyzed genetic data from a group of swallowtail species to find out when and how mimicry first evolved, and what has been driving those changes since then. The open-access article is titled “Tracing the Origin and Evolution of Supergene Mimicry in Butterflies.” It's a story that started around two million years ago, but instead of steady, progressive changes, one chance genetic switch helped create the first swallowtail mimics. And it has stuck around ever since. "In butterflies with one color pattern, we have a gene in a normal orientation on the chromosome. In the butterflies with the unusual, alternate color pattern, that gene was spliced out, flipped, and then spliced back into the chromosome at some point," said Marcus Kronforst, PhD, Associate Professor of Ecology and Evolution at U Chicago and the senior author of the study. "That flip, or inversion, keeps the two genes from recombining if those two different kinds of butterflies mate, so they've kept both copies of the gene over evolutionary time, because they split from their common ancestor two million years ago," Dr. Kronforst said. For a long time, scientists thought that butterfly mimicry was controlled by "supergenes," groups of several tightly linked genes that were always inherited as a group.
Login Or Register To Read Full Story
Login Register