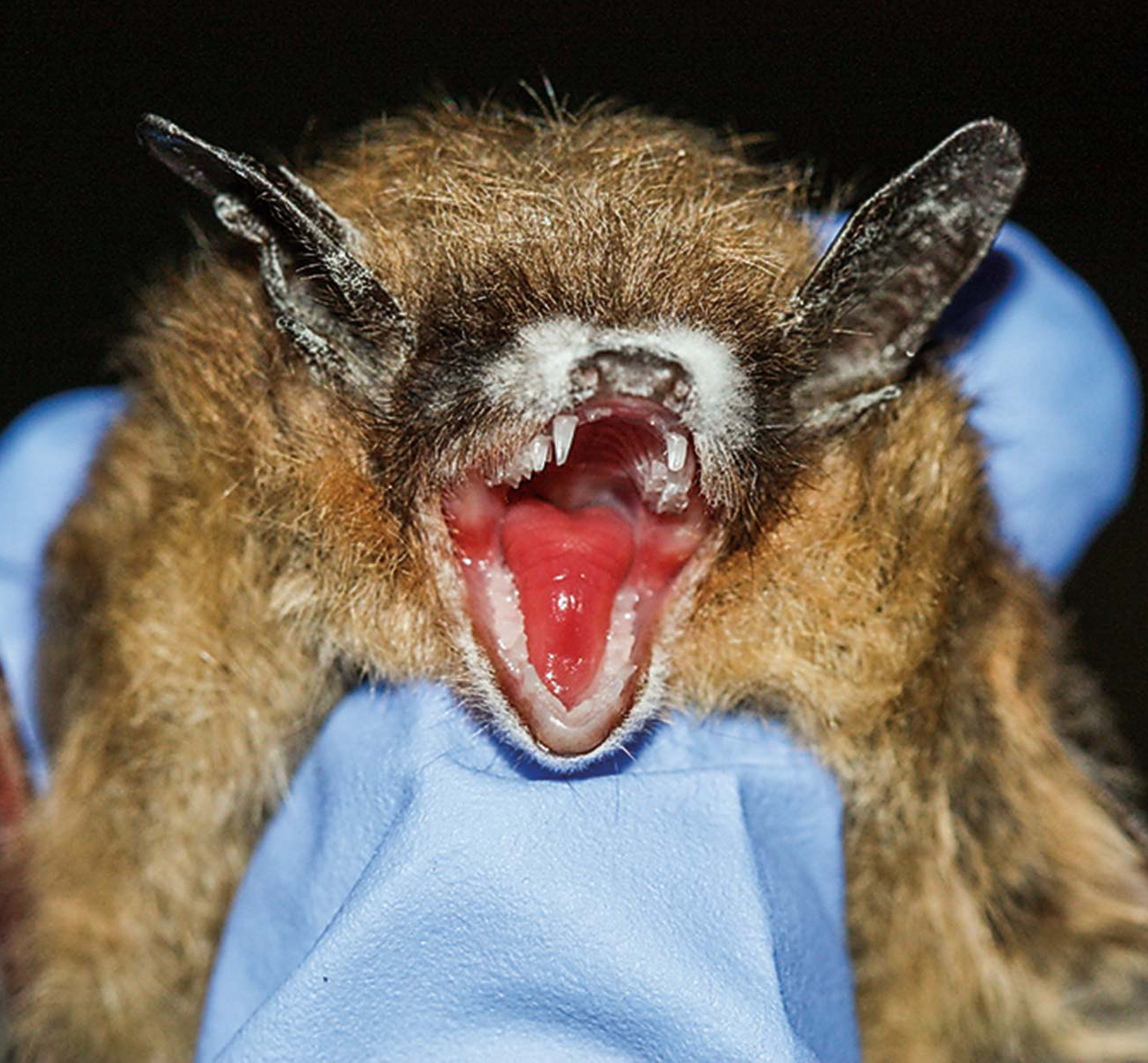 Fungal diseases are a major threat to wildlife, sometimes resulting in significant population declines or even causing the extirpation of populations or species. White-nose syndrome, caused by the cold-loving fungus Pseudogymnoascus destructans, has become a major cause of death for hibernating bats in North America. European bats survive when infected by the same fungus during hibernation. What are the reasons for such a contrast in outcomes? A scientist team led by the Leibniz Institute for Zoo and Wildlife Research (Leibniz-IZW) has now analyzed the humoral innate immune defense of European greater mouse-eared bats to the fungus. In contrast to North American bats, European bats have sufficient baseline levels of key immune parameters and thus tolerate a certain level of infection throughout hibernation. The results were published online on January 18, 2021 in Developmental and Comparative Immunology. He article is titled “Determinants of Defence Strategies of a Hibernating European Bat Species Towards the Fungal Pathogen Pseudogymnoascus destructans.” During infections caused by the fungus P. destructans (Pd), the causative agent of white-nose syndrome, North American bats arouse frequently from hibernation to trigger a more elaborate immune response, whereas European bats remain in dormancy, owing, as the new results reveal, to their competent baseline immunity. Not being able to deal with the fungus by baseline immunity causes North American bats to deplete fat stores before the end of winter because of the need for additional and energetically expensive arousals, which ultimately leads to their starvation. European bats may also arouse once in a while when infected, but their strong baseline immunity allows them to balance the tight energy budget better during winter hibernation.
Login Or Register To Read Full Story
Login Register