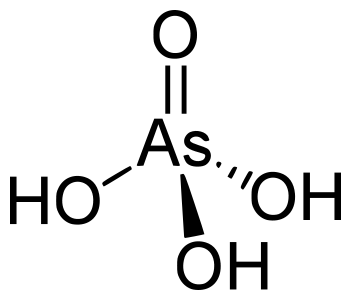 Not long ago, some unassuming bacteria found themselves at the center of a scientific controversy: a group claimed that these microorganisms, which live in an environment that is rich in the arsenic-based compound arsenate, could take up that arsenate and use it – instead of the phosphate on which all known life on Earth depends. The claim, since disproved, raised another question: How do organisms living with arsenate pick and choose the right substance? Chemically, arsenate is nearly indistinguishable from phosphate. Professor Dan Tawfik of the Biological Chemistry Department at the Weizmann Institute of Science in Israel says: “Phosphate forms highly stable bonds in DNA and other key biological compounds, while bonds to arsenate are quickly broken. But how does a microorganism surrounded by arsenate distinguish between two molecules that are almost the same size and have identical shapes and ionic properties?” To investigate, Dr. Tawfik, postdoctoral fellow Dr. Mikael Elias, Ph.D. student Alon Wellner, and lab assistant Korina Goldin, in collaboration with Drs. Tobias Erb and Julia Vorholt of ETH Zurich, looked at a protein in bacteria that takes up phosphate. This protein, called PBP (short for phosphate binding protein), sits near the bacteria’s outer membrane, where it latches onto phosphates and passes them on to pumps that transport them into the cell. In research published online on October 3, 2012 in Nature, the team, which also included Dr. Eric Chabriere from the CNRS-Université de la Méditerranée, compared the activity of several different PBPs – some from bacteria like E. coli that are sensitive to arsenate and others, like those from the arsenic-rich environment, which are tolerant of the chemical.
Login Or Register To Read Full Story
Login Register