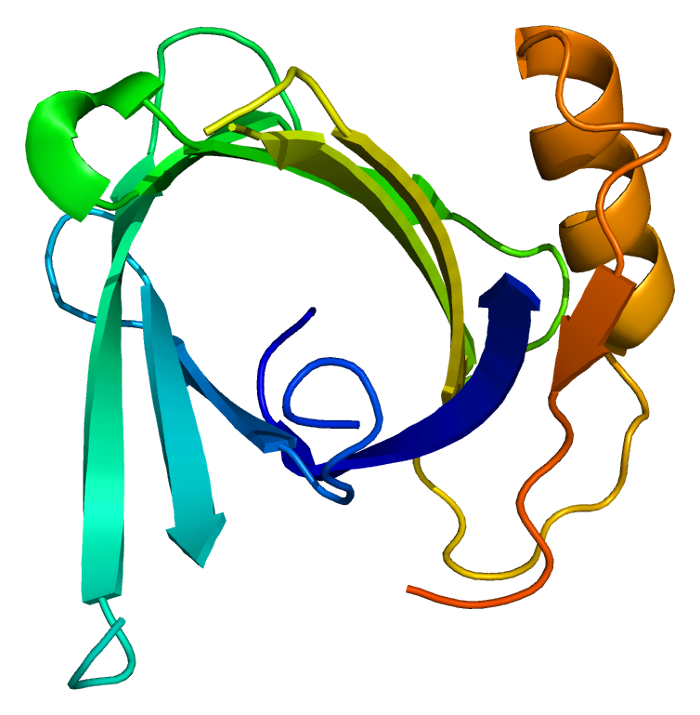 A hormone that can suppress food intake and increase the feeling of fullness in mice has shown similar results in humans and non-human primates, says a new study published online on November 24, 2020 in eLife. The article Is titled “'Lipocalin-2 Is an Anorexigenic Signal in Primates.” The hormone, called lipocalin-2 (LCN2)(image), could be used as a potential treatment in people with obesity whose natural signals for feeling full no longer work. LCN2 is mainly produced by bone cells and is found naturally in mice and humans. Studies in mice have shown that giving LCN2 to the animals long term reduces their food intake and prevents weight gain, without leading to a slow-down in their metabolism. "LCN2 acts as a signal for satiety after a meal, leading mice to limit their food intake, and it does this by acting on the hypothalamus within the brain," explains lead author Peristera-Ioanna Petropoulou, PhD, who was a Postdoctoral Research Scientist at Columbia University Irving Medical Center, New York, USA, at the time the study was carried out, and is now at the Helmholtz Diabetes Center, Helmholtz Zentrum München, Munich, Germany. "We wanted to see whether LCN2 has similar effects in humans, and whether a dose of it would be able to cross the blood-brain barrier." The team first analyzed data from four different studies of people in the USA and Europe who were either normal weight, overweight, or living with obesity. The people in each study were given a meal after an overnight fast, and the amount of LCN2 in their blood before and after the meal was studied. The researchers found that in those who were of normal weight, there was an increase in LCN2 levels after the meal, which coincided with how satisfied they felt after eating.
Login Or Register To Read Full Story
Login Register