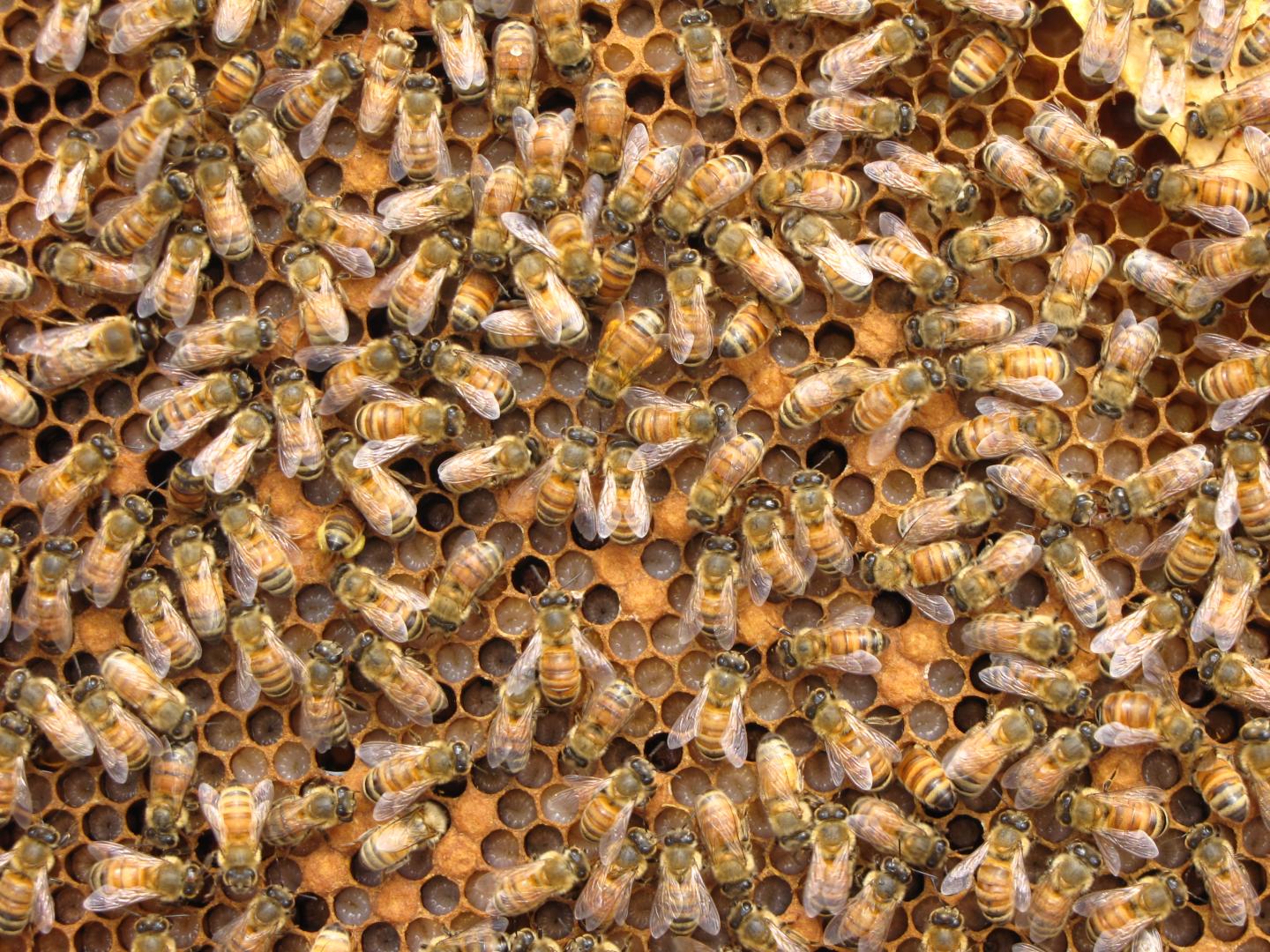 Honey bees use different sets of genes, regulated by two distinct mechanisms, to fight off viruses, bacteria, and gut parasites, according to researchers at Penn State, the Georgia Institute of Technology, and the University of California, Davis. The findings may help scientists develop honey bee treatments that are tailored to specific types of infections. "Our results indicate that different sets of genes are used in immune responses to viruses versus other pathogens, and these anti-viral genes are regulated by two very distinct processes -- expression and DNA methylation," said David Galbraith, a graduate student in entomology at Penn State. The results were published online on March 26, 2015 in the open-access journal PLOS Pathogens. The article is titled “Parallel Epigenomic and Transcriptomic Responses to Viral Infection in Honey Bees (Apis mellifera).” According to Dr. Christina Grozinger, Director of the Penn State Center for Pollinator Research, beekeepers lose an average of 30 percent of their colonies every winter and an average of 25 percent in the summer. "Honey bees have more than 20 types of viruses, and several of them have been linked to losses of honey bee colonies," she said. "Yet, beekeepers currently do not have any commercially available methods to reduce viral infections." With a goal of uncovering which genes increase or decrease their activity in response to the presence of viruses, the researchers measured expression levels of all genes in the honey bee genome in both infected and uninfected bees. They found that the RNAi pathway had increased activity and, therefore, is likely an important anti-viral immune pathway in bees.
Login Or Register To Read Full Story
Login Register