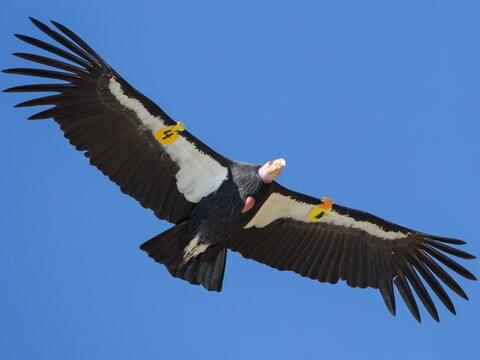 Despite having been driven nearly to extinction, the California condor has a high degree of genetic diversity that bodes well for its long-term survival, according to a new analysis by University of California (UC) researchers. Nearly 40 years ago, the state's wild condor population was down to a perilous 22. That led to inbreeding that could have jeopardized the population's health and narrowed the bird's genetic diversity, which can reduce its ability to adapt to changing environmental conditions. In comparing the complete genomes of two California condors with those of an Andean condor and a turkey vulture, UC San Francisco and UC Berkeley scientists did find genetic evidence of inbreeding over the past few centuries, but, overall, a wealth of diversity across most of the genome. "You need genetic diversity in order to adapt, and the more genetic diversity they (California condors) have, hopefully, the more chance they have to adapt and persist," said Jacqueline Robinson, PhD, a UCSF postdoctoral fellow and first author of a paper about the analysis published online on May 13, 2021 in Current Biology. The open-access article is titled “Genome-wide diversity in the California condor tracks its prehistoric abundance and decline” (https://www.cell.com/current-biology/fulltext/S0960-9822(21)00548-0). "Our study is the first to begin quantifying diversity across the entire California condor genome, which provides us a lot of baseline information and will inform future research and conservation." The health of the bird's genome is probably due to the species' great abundance in the past. Dr. Robinson and her colleagues, including Rauri Bowie, PhD, UC Berkeley Professor of Integrative Biology, used statistical techniques to estimate the bird's historical population and found that it was far more abundant across the United States a million years ago than even the turkey vulture, America's most common vulture today. The California condor likely numbered in the tens of thousands, soaring and scavenging from New York and Florida to California and into Mexico.
Login Or Register To Read Full Story
Login Register