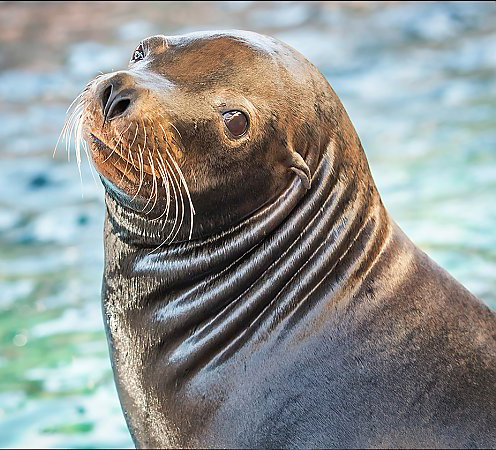 After more than three decades of research, scientists have proven that the cancer affecting up to one in four adult California sea lions necrospied at The Marine Mammal Center in Sausalito, California, is caused by a sexually transmitted herpesvirus. The cancer, known as sea lion urogenital carcinoma, has clear parallels to cervical cancer in humans and provides a helpful model for human cancer study. Scientists have long suspected this cancer was associated with a virus, but this is the first study to prove this theory. The study, which was published online on February 13, 2021 in Animals, an open-access, peer-reviewed journal, concluded that genital herpesvirus is a driving factor in the development of sea lion urogenital carcinoma. The research also suggests there is an underlying trigger or event that causes the virus to induce cancer in some infected sea lions and not others. Wild California sea lions have among the highest prevalence of a single type of cancer in any mammal, including humans. The Animals article is titled “Unlocking the Role of a Genital Herpesvirus, Otarine Herpesvirus 1, in California Sea Lion Cervical Cancer” (https://www.mdpi.com/2076-2615/11/2/491). A recently published news article (“Sea Lions Are Dying from a Mysterious Cancer,” Los Angeles Times, January 31, 2021-- https://www.latimes.com/environment/story/2021-01-31/california-sea-lions-cancer-ddt) described work led by the same team which showed that pollutants such as PCBs and DDT play a significant role as co-factors in the development of this cancer.
Login Or Register To Read Full Story
Login Register