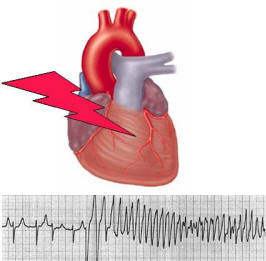 In a first-of-its-kind study, researchers from the United States and Europe have discovered genetic mutations associated with long QT syndrome (LQTS), a genetic abnormality in the heart's electrical system, in a small number of intrauterine fetal deaths, according to a study published in the April 10 issue of the Journal of the American Medical Association (JAMA). Researchers conducted a molecular genetic evaluation (referred to as a postmortem cardiac channel molecular autopsy) in 91 cases of unexplained fetal death (stillbirths) from 2006-2012. They discovered the prevalence of mutations in the three most common LQTS-susceptible genes, KCNQ1, KCNH2, and SCN5A. Two of the most common genes were discovered in three cases (KCNQ1 and KCNH2); and five of the cases exhibited SCN5A rare non-synonymous genetic variants. Intrauterine fetal death or stillbirth happens in approximately one of every 160 pregnancies and accounts for 50 percent of all perinatal deaths. "We know that the post-mortem evaluation often has not been able to explain these deaths," says Michael J. Ackerman, M.D., Ph.D., pediatric cardiologist at the Mayo Clinic and co-study senior author along with Peter J. Schwartz, M.D., Ph.D., of the University of Pavia, Italy. "Those of us who study LQTS and treat LQTS patients have often wondered whether LQTS may be the cause of some of these deaths." In the study, more than 1,300 ostensibly healthy individuals served as controls. In addition, publicly available exome (the entire portion of the genome consisting of protein-coding sequences) databases were assessed for the general population frequency of identified genetic variances. "Our preliminary evidence suggests that LQTS may be the cause for approximately 5 percent of otherwise unexplained stillbirths and points to the need for further large-scale studies," says Dr.
Login Or Register To Read Full Story
Login Register