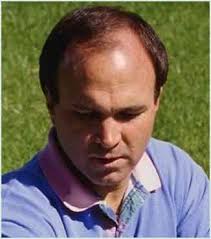 One potential approach to reversing hair loss uses stem cells to regenerate the missing or dying hair follicles. But it hasn't been possible to generate sufficient number of hair-follicle-generating stem cells – until now. Xiaowei "George" Xu, M.D., Ph.D., Associate Professor of Pathology and Laboratory Medicine and Dermatology at the Perelman School of Medicine, University of Pennsylvania (Penn), and colleagues published online on January 26, 2014 in Nature Communications a method for converting adult cells into epithelial stem cells (EpSCs), the first time anyone has achieved this in either humans or mice. The epithelial stem cells, when implanted into immunocompromised mice, regenerated the different cell types of human skin and hair follicles, and even produced structurally recognizable hair shaft, raising the possibility that they may eventually enable hair regeneration in people. Dr. Xu and his team, which includes researchers from Penn's Departments of Dermatology and Biology, as well as the New Jersey Institute of Technology, started with human skin cells called dermal fibroblasts. By adding three genes, they converted those cells into induced pluripotent stem cells (iPSCs), which have the capability to differentiate into any cell types in the body. They then converted the iPS cells into epithelial stem cells, normally found at the bulge of hair follicles. Starting with procedures other research teams had previously worked out to convert iPSCs into keratinocytes, Dr. Xu's team demonstrated that by carefully controlling the timing of the growth factors the cells received, they could force the iPSCs to generate large numbers of epithelial stem cells. In the Xu study, the team's protocol succeeded in turning over 25% of the iPSCs into epithelial stem cells in 18 days.
Login Or Register To Read Full Story
Login Register