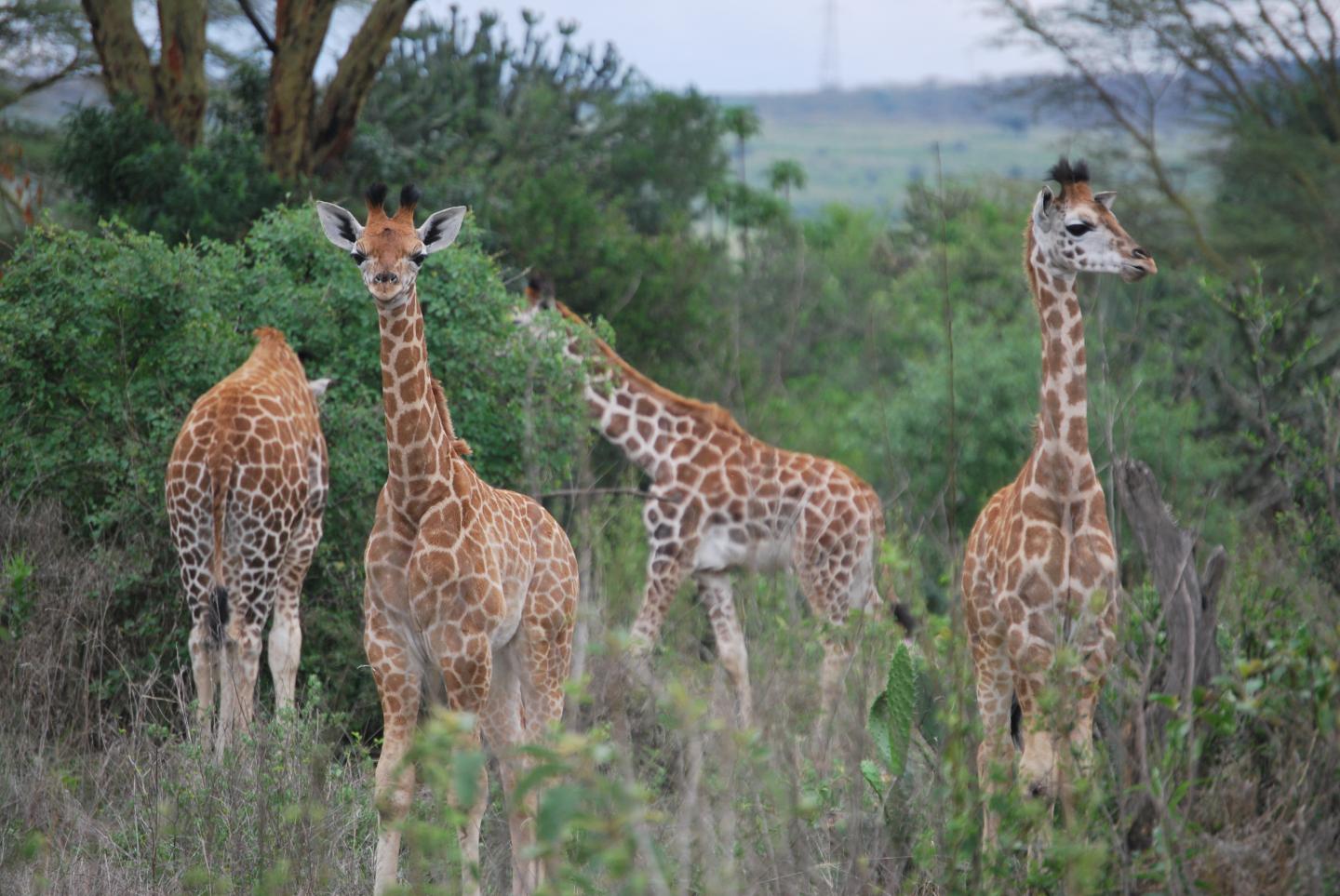 New research from the University of Bristol in the UK has highlighted how little we know about giraffe behavior and ecology. It is commonly accepted that group sizes of animals increase when there is a risk of predation, because larger group sizes reduce the risk of individuals being killed, and there are “many eyes” to spot any potential predation risk. Now, however, in the first study of its kind, Bristol PhD student Zoe Muller from the School of Biological Sciences has found that this is not true for giraffes, and that the size of giraffe groups is not influenced by the presence of predators. Muller said, "This is surprising, and highlights how little we know about even the most basic aspects of giraffe behavior." This study investigates how the grouping behavior of giraffes differed in response to numerous factors, such as predation risk, habitat type, and the characteristics of individuals. Habitat type had some effect on group size, but the main effect on group size was in the behavior of adult females, who were found to be in smaller groups when they had calves. This is contrary to another popular belief that female giraffes form large groups to communally care for their young - this study, published recently in the Journal of Zoology presents the first evidence to show that, actually, the opposite is true. Giraffe populations have declined by 40 percent in the last 30 years, and there are now thought to be fewer than 98,000 individuals remaining in the wild. In recognition of their drastic decline in the wild, giraffes have recently been listed as "Vulnerable" on the International Union for Conservation in Nature's Red List of Threatened Species.
Login Or Register To Read Full Story
Login Register