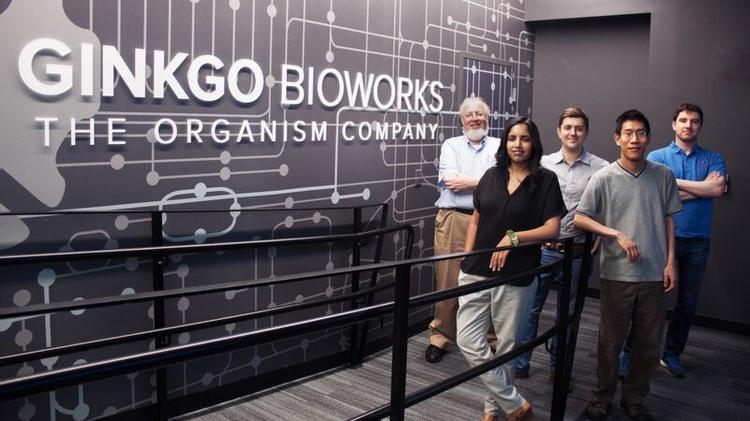 Biology is the world’s greatest manufacturing platform, according to MIT spinout Ginkgo Bioworks. The synthetic-biology startup is re-engineering yeast to act as tiny organic “factories” that produce chemicals for the flavor, fragrance, and food industries, with aims of making products more quickly, more cheaply, and more efficiently than traditional methods. “We see biology as a transformative technology,” says Ginkgo co-founder Reshma Shetty Ph.D. MIT ’08, who co-invented the technology at MIT. “It is the most powerful and sophisticated manufacturing platform on the planet, able to self-assemble incredible structures at a scale that is far out of reach of the most cutting-edge human technology.” Similar to how beer is brewed — where yeast eats sugars and creates alcohol and flavors through fermentation — Ginkgo’s “hacked” yeast consumes fatty acids and produces desired chemicals that recreate certain scents and flavors during fermentation. Those chemicals can then be extracted and used in a number of different products. Co-founded in 2008 by famed MIT synthetic biologist Tom Knight MIT ’69, SM ’79, Ph.D. ’83, Ginkgo’s microbes now serve as the basis for perfumes, cosmetics, organic pesticides, and sweeteners for more than 20 big-name clients. A major partner, French fragrance manufacturer Robertet, for example, contracted Ginkgo to design yeast that produces a rose scent. Doing so is cheaper and less time-consuming than the traditional method of finding and squeezing oils from the flower’s petals. The “cultured rose” is still under development, along with an expanded palette of other scents under contract, such as apricot, mango, and coconut. Ginkgo’s most recent partnership, finalized in June, is a collaboration with California-based bioproduct firm Amyris.
Login Or Register To Read Full Story
Login Register