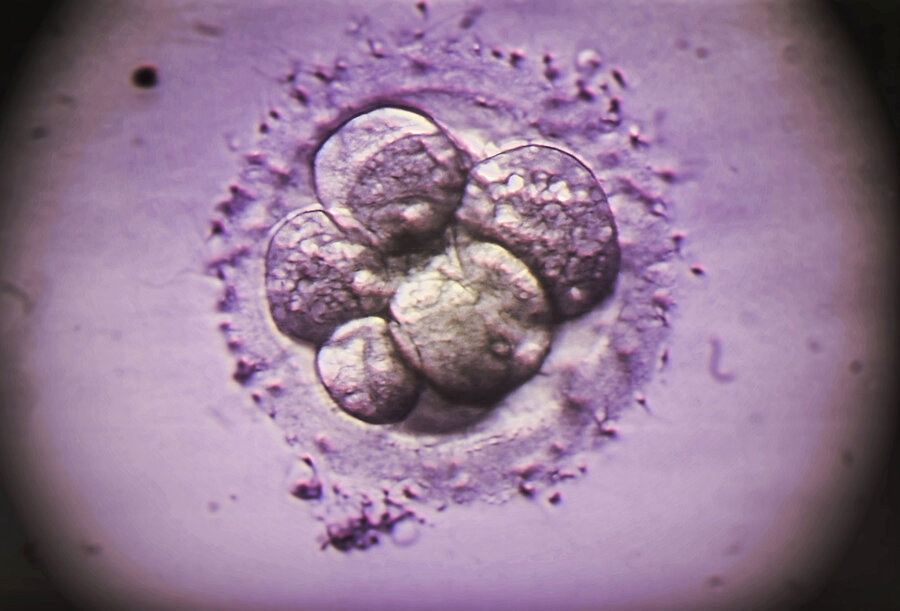 Scientists have demonstrated an effective way of using a gene-editing tool to correct a disease-causing gene mutation in human embryos and stop it from passing to future generations. The new technique uses the gene-editing tool CRISPR to target a mutation in nuclear DNA that causes hypertrophic cardiomyopathy, a common genetic heart disease that can cause sudden cardiac death and heart failure. The research, published online on August 2, 2017 in Nature, demonstrates a new method of repairing a disease-causing mutation and preventing it from being inherited by succeeding generations. The article is titled “Correction of a Gene Mutation in Human Embryos.” This is the first time that scientists have successfully tested the method on donated clinical-quality human eggs. “Every generation on would carry this repair because we’ve removed the disease-causing gene variant from that family’s lineage,” said senior author Shoukhrat Mitalipov, PhD, who directs the Center for Embryonic Cell and Gene Therapy at Oregon Health and Sciences University (OHSU) in Portland, Oregon. “By using this technique, it’s possible to reduce the burden of this heritable disease on the family and eventually the human population.” The study provides new insight into a technique that could apply to thousands of inherited genetic disorders affecting millions of people worldwide. The gene-editing technique described in this study, done in concert with in vitro fertilization, could provide a new avenue for people with known heritable disease-causing genetic mutations to eliminate the risk of passing the disease to their children. It could also increase the success of IVF by increasing the number of healthy embryos.
Login Or Register To Read Full Story
Login Register