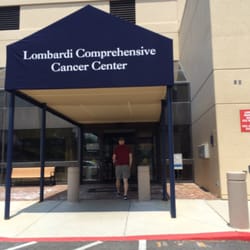 The investigation of a simple protein has uncovered its uniquely complicated role in the spread of the childhood cancer, osteosarcoma. It turns out that the protein, called ezrin, acts like an air traffic controller, coordinating multiple functions within a cancer cell and allowing it to endure stress conditions encountered during metastasis. It's been known that ezrin is a key regulator of osteosarcoma's spread to the lungs, but its mechanism was not known. Osteosarcoma is a tumor of bone that afflicts children, adolescents, and young adults. In most cases, the tumor is localized in the extremities and can be completely removed by surgery or amputation. "The main cause of death in osteosarcoma patients is not the tumor on their limbs, but the failure of their lungs when the cancer spreads there," explains Aykut Üren, M.D., Professor of Oncology at Georgetown Lombardi Comprehensive Cancer Center in Washington, D.C. Dr. Üren and his colleagues have developed molecules that block ezrin's function and prevent osteosarcoma spread in mouse models. In an attempt to explain the molecular mechanisms underlying ezrin-mediated cancer metastasis, the researchers discovered this previously unrecognized role for ezrin. Their finding is published online today in the journal Molecular and Cellular Biology. "Conventionally ezrin was believed to be functioning only on the inner surface of cancer cells," Dr. Üren says, "but our new discovery indicates that ezrin may operate deeper in the core of the cell and regulate expression of critical genes that are important for cancer's spread." The scientists say that ezrin functions in a new capacity that is unusual for its family of proteins.
Login Or Register To Read Full Story
Login Register