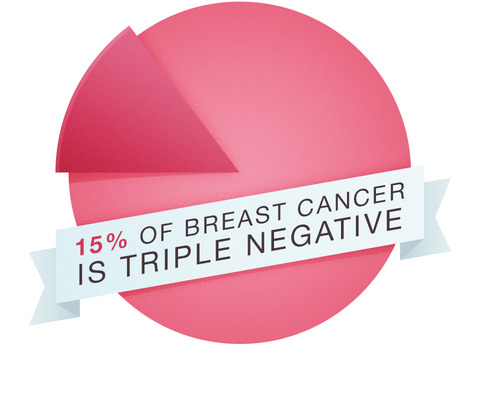 An international team of researchers has shown that genotoxic treatment of triple-negative breast cancers (TNBCs) causes significant up-regulation of miR-181a in TNBCs and enhances both TNBC survival (chemotherapeutic resistance) and metastasis upon treatment with doxorubicin, a genotoxic drug. Genotoxic treatments are ones that induce damage to the genetic material in cells through interaction with the DNA sequence and structure. In a report published online on June 1, 2015 in Oncogene, scientists described finding that high miR-181a levels were consistently associated with poor disease-free survival and poor overall survival after treatments in breast cancer patients. The researchers believe that their data suggests that miR-181a induction plays a critical role in promoting therapeutic resistance and aggressive behavior of TNBC cells upon genotoxic treatment. Antagonizing miR-181a, therefore, may serve as a promising strategy to sensitize TNBC cells to chemotherapy and mitigate metastasis. The title of the Oncogene article is “Induction of miRNA-181a by Genotoxic Treatments Promotes Chemotherapeutic Resistance and Metastasis in Breast Cancer.” The authors further showed that the up-regulation of miR-181a was orchestrated by transcription factor STAT3 whose activation depended on NF-κB-mediated IL-6 induction in TNBC cells upon genotoxic treatment. The scientists noted that STAT3 not only directly bound to the MIR181A1 promoter to drive transcription, but also facilitated the recruitment of MSK1 to the same region where MSK1 promoted a local active chromatin state by phosphorylating histone H3.
Login Or Register To Read Full Story
Login Register