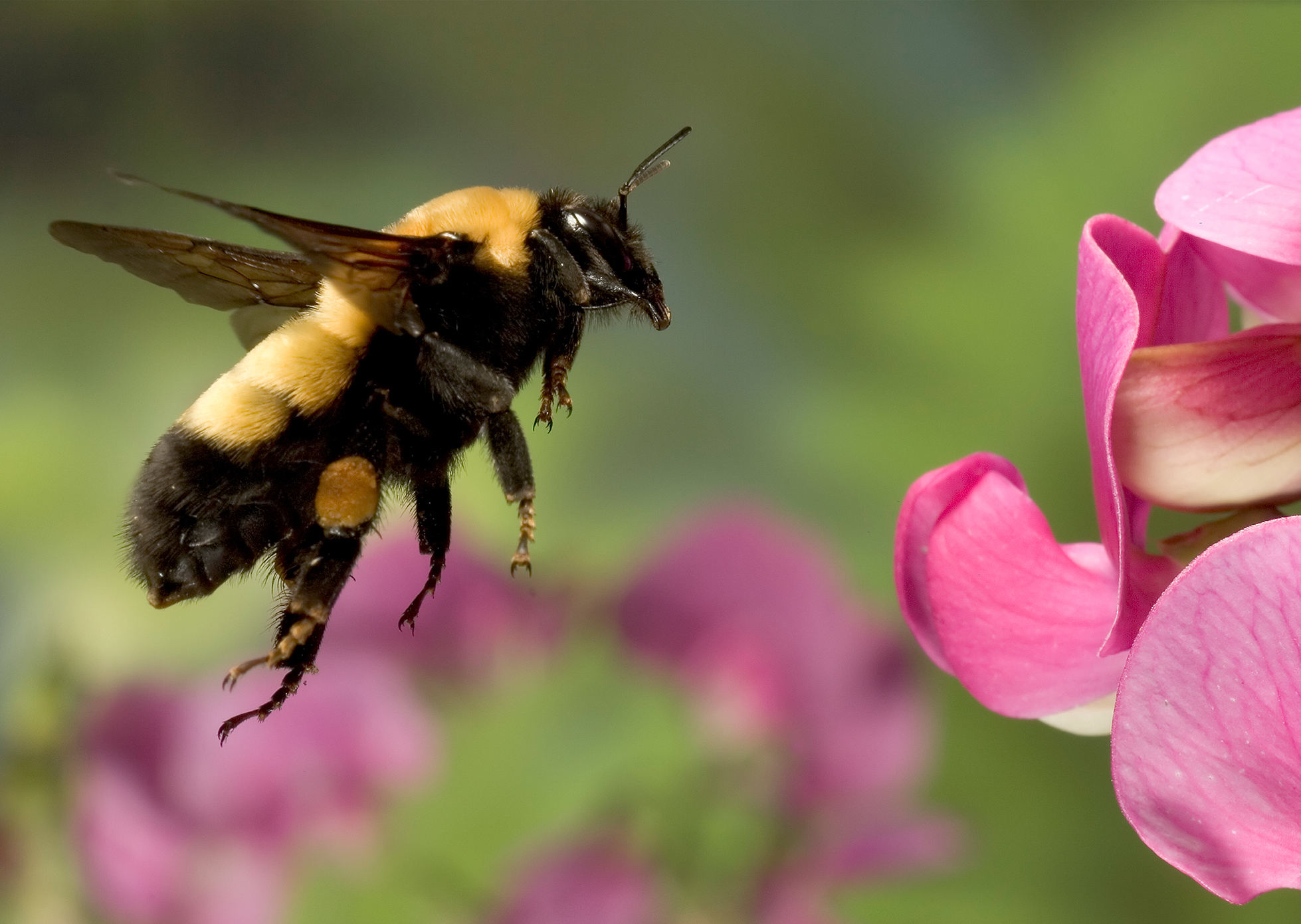 A research collaboration spearheaded by ETH Zurich has shed light on the genome of two commercially important species of bumblebees. The findings provide unexpected insights into the ecology and evolution of bumblebees and honeybees. Bumblebees are considered peaceful and industrious creatures, and their commercial value has increased in the wake of the decline of honeybees around the world. The bumblebees are therefore now bred on a large scale and used as pollinators for economically valuable crops. Yet, these cute little, buzzing creatures, of which there are approximately 250 different species worldwide, are doing poorly in some places. The large shadow cast by the honeybee collapse has distracted from the fact that in recent years in the U.S., as well as in other areas, some previously common bumblebee species have also become rare or endangered, or disappeared altogether. For this reason, two former ETH researchers, Dr. Seth Barribeau and Dr. Ben Sadd, together with Professor Paul Schmid-Hempel from the group for experimental ecology, started a bumblebee genome project eight years ago. The objective of the project was to analyze the genomes of two commercially important species: the European Buff-Tailed Bumblebee (Bombus terrestris) and its American counterpart, the Common Eastern Bumblebee (Bombus impatiens). The researchers were hoping that the genomic data would shed light on the biology, ecology, and evolution of the bumblebee more generally. Dr. Barribeau, Dr. Sadd, and 80 other researchers from around the world paid particular attention to the genes of the bumblebee immune system. Evolutionary biologists, ecologists, bioinformaticians, and geneticists were involved in the project.
Login Or Register To Read Full Story
Login Register