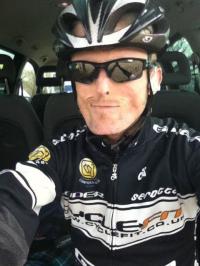 British National Paracycling Champion Tom Staniford has an extremely rare condition which, until now, has puzzled his doctors. He is unable to store fat under his skin – yet has type 2 diabetes – and suffered hearing loss as a child. Now, thanks to advances in genome sequencing, an international research team led by the University of Exeter Medical School has identified Tom's condition and pinpointed the single genetic mutation that causes it. As well as allowing a better understanding of Tom's condition, the discovery may have implications for his bid to participate in the Rio 2016 Paralympic Games. He hopes this new diagnosis will allow him to be more accurately classified in paracycling competitions; a more accurate classification could help him become a world champion. In a study published online on June 16, 2013 in Nature Genetics, researchers funded in part by the Wellcome Trust and the National Institute for Health Research have identified the genetic mutation behind MDP Syndrome, a condition thought to affect as few as eight people in the world, including 23-year-old Staniford. "In some ways, identifying the syndrome behind my symptoms shouldn't be important – a name is just a name, after all – but it is reassuring to know that there are other people with the condition and that we can lead relatively normal lives," says Staniford. "What could prove crucial, though, is enabling me to be properly classified in competitions so that I am not competing at an unfair disadvantage against others. I hope to be able to compete for Great Britain in the 2016 Paralympics and this finding could make a real difference to my chances." In 2011, Tom became the youngest solo cyclist ever to become British National Paracycling Circuit Race Champion.
Login Or Register To Read Full Story
Login Register