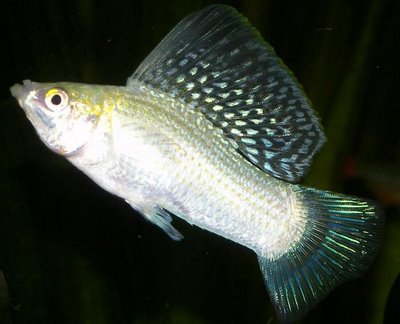 No species is immune from the suffering of unrequited love, but scientists expect to learn volumes about the biological basis of sex from the newly sequenced genome of an all-female, asexual Texas native - the Amazon molly - that has thrived over millennia. The fresh waters along the Texas-Mexico border serve as home to this evolutionary anomaly - a fish that has flourished by defying nature's odds to reproduce asexually through a natural form known as parthenogenesis in which growth and development of embryos occurs without fertilization, resulting only in daughters that are true clones of their mothers. Texas A&M University Hagler Institute for Advanced Study (HIAS) Faculty Fellow Dr. Manfred Schartl led the international team that recently sequenced the first Amazon molly genome and the genomes of the original parental species that created this unique fish in an effort to better understand how its reproduction deviates from the male-female sexual norm and why the Amazon molly as a species has fared so well in the process. The findings from their National Institutes of Health-funded research were published online on February 12, 2018 in Nature Ecology & Evolution. The open-access article is titled” Clonal Polymorphism and High Heterozygosity in the Celibate Genome of the Amazon Molly.” "The existence of two sexes, male and female, is one of the oldest and most widespread phenomena in biology," says Dr. Schartl, a world leader in cellular and molecular biology of Xiphophorus model systems, including platyfish and swordtails. "Studies on the exceptional case of asexuality helps us to better understand the biological meaning and evolution of sex." Animals that reproduce asexually are rare, compared to the overwhelming majority of species that exist as males and females and reproduce sexually.
Login Or Register To Read Full Story
Login Register