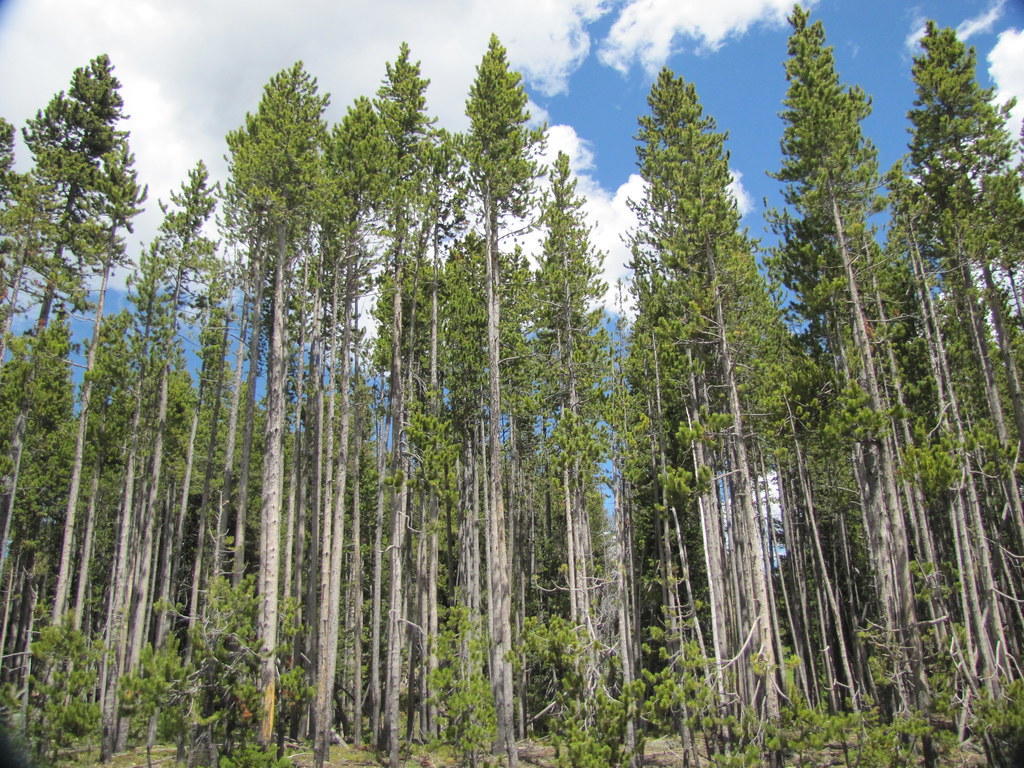 A University of Montana (UM) researcher has discovered that mountain pine beetles may avoid certain trees within a population they normally would kill due to genetics in the trees. UM Professor Dr. Diana Six made the discovery after studying mature whitebark and lodgepole trees that were the age and size that mountain pine beetle prefer, but had somehow escaped attack during a recent outbreak. After DNA screening, survivor trees were all found to contain a similar genetic makeup that was distinctly different from that of the general population that were mostly susceptible to the beetle. "Our findings suggest that survivorship is genetically based and, thus, heritable," Dr. Six said, "which is what gives us hope." In western North America, whitebark pine, a high elevation keystone species recommended for listing as an endangered species, and lodgepole pine, a widespread ecologically and economically important tree, have experienced extensive mortality in recent climate-driven outbreaks of the mountain pine beetle. "Our results suggest that surviving trees possess a wealth of information that can be used to inform our understanding of the genetic and phenotypic bases for resistance and to develop management approaches that support forest adaptation," Dr. Six said. The study was published July 23, 2018 in Frontiers in Plant Science. The open-access article is titled “Are Survivors Different? Genetic-Based Selection of Trees by Mountain Pine Beetle During a Climate Change-Driven Outbreak in a High-Elevation Pine Forest.” [Press release] [Frontiers in Plant Science article]
Login Or Register To Read Full Story
Login Register