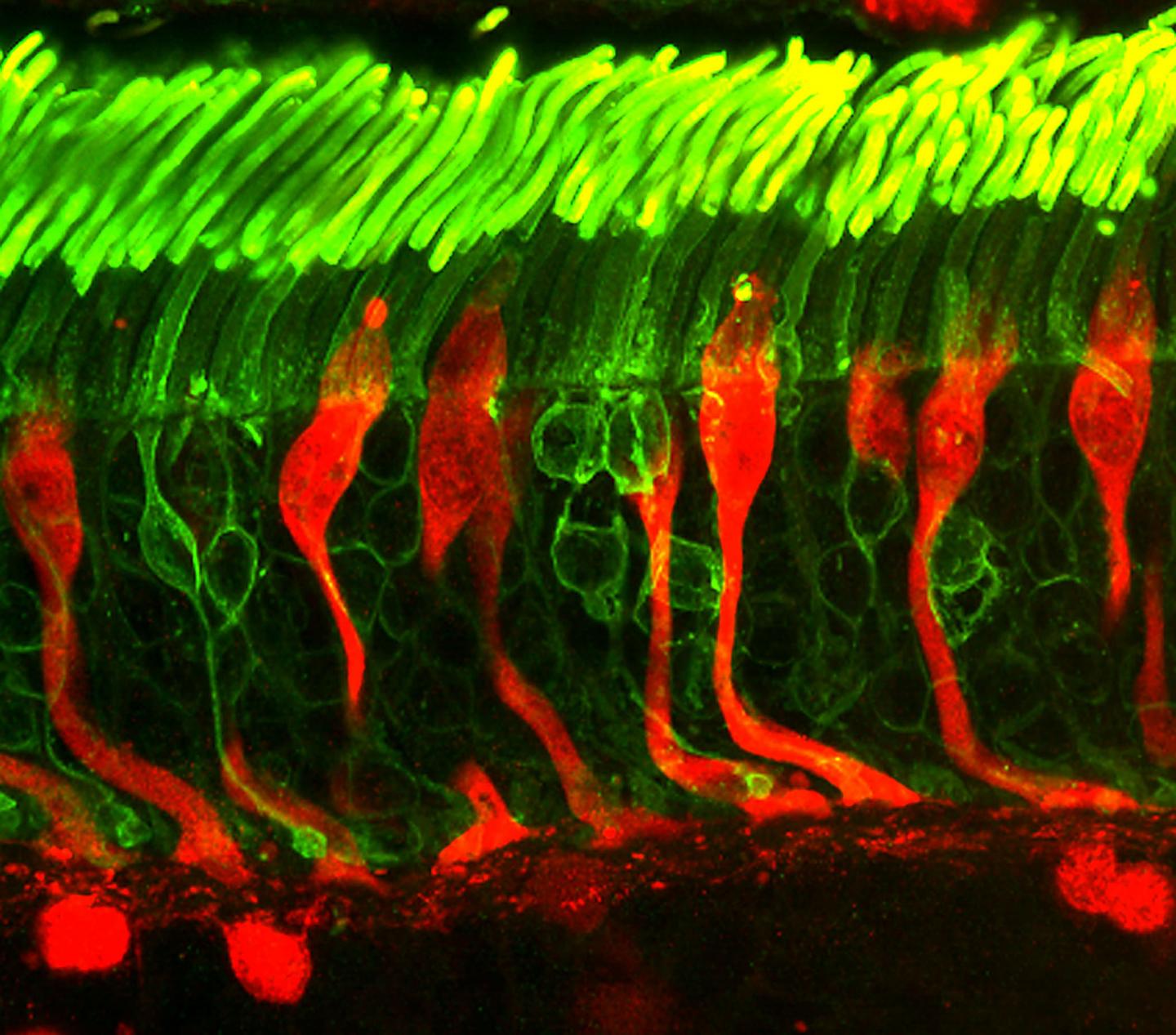 Retinas from our earliest vertebrate ancestors had cone-like photoreceptors, presumably allowing them to see in daylight, but little ability to see at night. Then, millions of years ago in the Mesozoic era, and in relatively short order, mammals emerged that had retinas with predominantly rod photoreceptors, allowing for them to see at night, perhaps to hunt for food while their dinosaur predators were dozing. Now a new study led by researchers at the National Eye Institute (NEI) suggests how the genesis of rod photoreceptors may have occurred to give rise to nocturnal mammals. The results were published in the June 20, 2016 issue of Developmental Cell. The open-access “featured” article is titled “Recruitment of Rod Photoreceptors from Short Wavelength Sensitive Cones During the Evolution of Nocturnal Vision in Mammals." The findings address a key piece of the evolution puzzle: How did early mammals so quickly evolve to have highly sensitive night vision? They also suggest how mammals evolved past the "nocturnal bottleneck," a theory that attempts to explain why most mammals today are either nocturnal or at least able to see in dim light. As it turns out, seeing well at night not only enabled our ancestors to survive, but it allowed them to thrive, so much so that their retinal traits were well preserved and passed on through millions of years of evolution. The study findings address another mystery: Why are rods the dominant photoreceptors in our retinas? "Despite the fact that sharp, acute vision would seem to be more important to our diurnal lifestyle, our retinas are predominantly made up of rods; only 5 percent of the retina's photoreceptors are cones," said the collaborative study's lead investigator, Anand Swaroop, Ph.D., Chief of NEI's Neurobiology-Neurodegeneration and Repair Laboratory.
Login Or Register To Read Full Story
Login Register