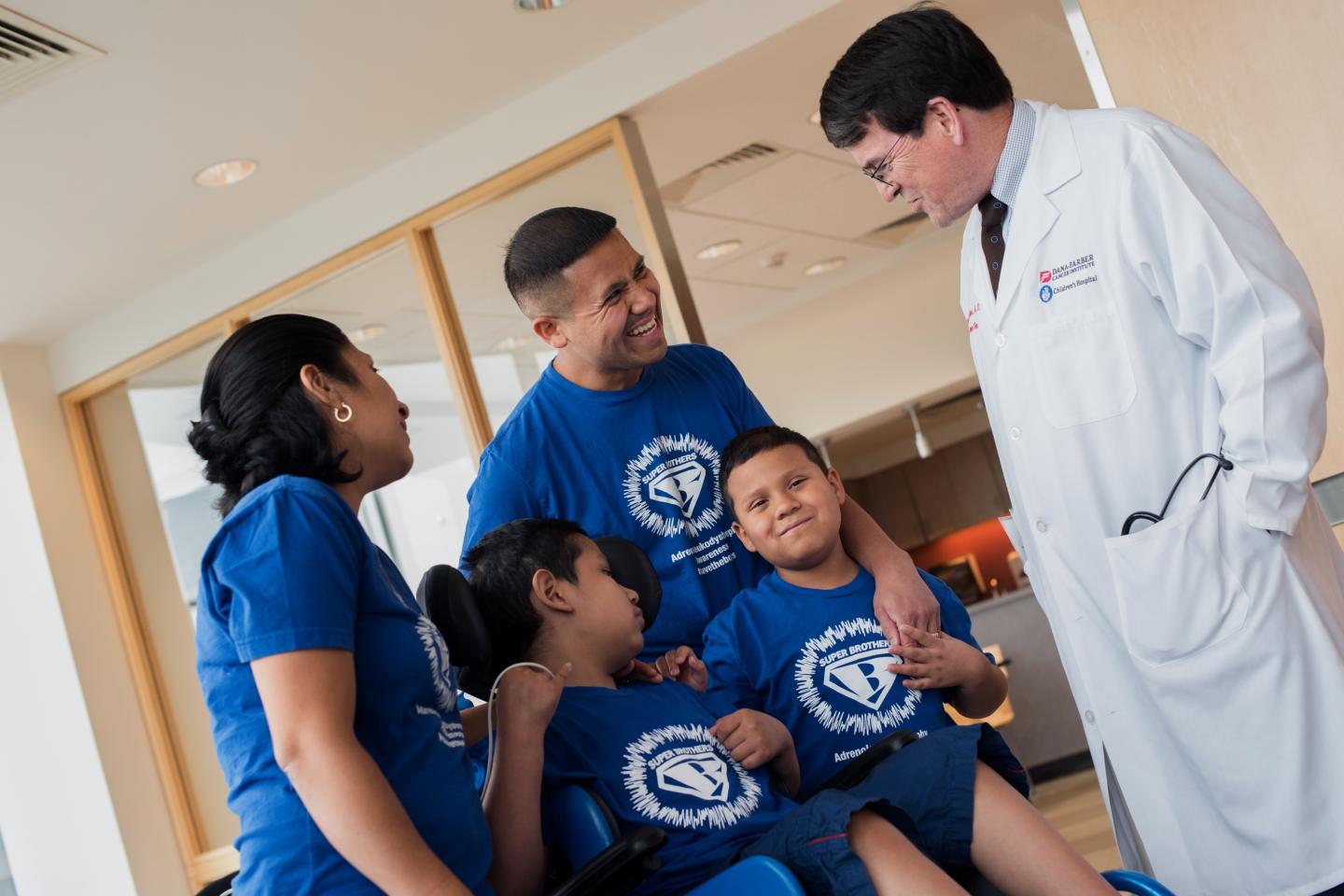 In a recent clinical trial, a gene therapy to treat cerebral adrenoleukodystrophy (CALD) -- a neurodegenerative disease that typically claims young boys' lives within 10 years of diagnosis -- effectively stabilized the disease's progression in 88 percent of patients, researchers from the Dana-Farber/Boston Children's Cancer and Blood Disorders Center and Massachusetts General Hospital report today. According to their results, published online on October 4, 2017 in the New England Journal of Medicine, 15 of 17 patients had stable neurologic functioning more than two years on average after receiving the gene therapy, which was administered in a clinical trial sponsored by bluebird bio. It is one of the largest gene therapy trials targeting a single-gene disease to be published to date. The NEJM article is titled “Hematopoietic Stem-Cell Gene Therapy for Cerebral Adrenoleukodystrophy.” "Although we need to continue to follow the patients to determine the long-term outcome of the gene therapy, so far it has effectively arrested the progress of cerebral adrenoleukodystrophy in these young boys," says David A. Williams, MD, Chief Scientific Officer and Senior Vice-President for Research at Boston Children's Hospital and President of Dana-Farber/Boston Children's Cancer and Blood Disorders Center and the lead author of the study. "This is a devastating disease, and we are all quite grateful that the patients and their families chose to participate in the trial." The treatment leverages Bluebird Bio's proprietary Lenti-D gene therapy to deliver the functional gene to patients' stem cells in the laboratory.
Login Or Register To Read Full Story
Login Register