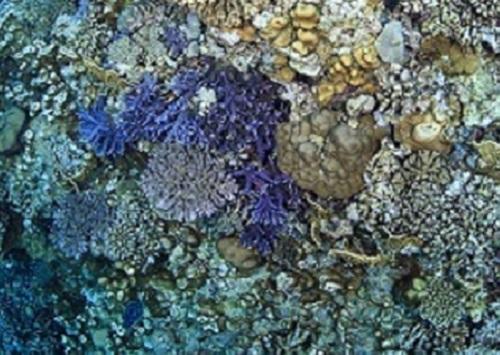 Advances in genomic research are helping scientists to reveal how corals and algae cooperate to combat environmental stresses. King Abdullah University of Science & Technology (KAUST) researchers have sequenced and compared the genomes of three strains of Symbiodinium, a member of the dinoflagellate algae family, to show their genomes have several features that promote a prosperous symbiotic relationship with corals. The article was published online on December 22, 2016 in Scienctific Reports. The open-access article is titled “Genomes of Dinoflagellate Symbionts Highlight Evolutionary Adaptations Conducive to a Symbiotic Lifestyle.” Dinoflagellates are among the most prolific organisms on the planet, forming the basis of the oceanic food chain, and their close symbiotic relationships with corals help maintain healthy reefs. However, because dinoflagellates have unusually large genomes, very few species have been sequenced, leaving the exact nature of their symbiosis with corals elusive. "We had access to two Symbiodinium genomes, S.minutum and S.kawagutii, and we decided to sequence a third, S. microadriaticum," said Assistant Professor of Marine Science Dr. Manuel Aranda at the University's Red Sea Research Center, who led the project with his Center colleague Associate Professor of Marine Science Dr. Christian Voolstra and colleagues from the University's Computational Bioscience Research Center and Environmental Epigenetics Program. "This allowed us to compare the three genomes for common and disparate features and functions and hopefully to show how the species evolved to become symbionts to specific corals."
Login Or Register To Read Full Story
Login Register