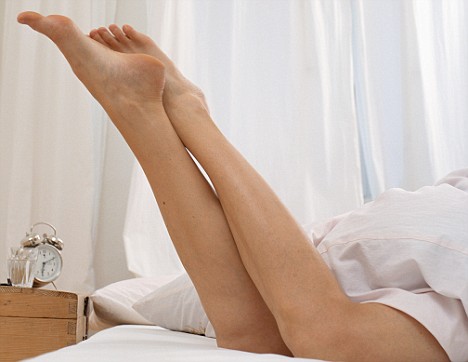 Researchers at the Mayo Clinic, together with collaborators, have identified what is believed to be the first gene mutation linked to restless legs syndrome. The scientists identified the mutation (in the MEIS1 gene) in a family with six members. Three who had restless legs syndrome had the mutation and the other three without the disease did not. "The presence of the mutation in all affected individuals supports a pathogenic role for the MEIS1 gene, and we now need to confirm this finding with other international research groups who study restless legs syndrome," said Dr. Carles Vilariño-Güell, the lead author of the study. "The mutation we found is in a portion of the protein that is identical in species as distinct to human as frogs and fish, which tells us that this portion is very important for the proper function of the protein and that the mutation has a very high chance of causing disease," he said. The researchers doubt that a large proportion of the millions of people who suffer from the syndrome have this mutated MEIS1 gene. They point out, however, that understanding the function of both the normal gene and the abnormal gene will likely provide some insights into this mysterious disorder. Restless legs syndrome is estimated to affect between 5 and 11 percent of the population in Europe and in North America. The condition is characterized by unpleasant sensations in the legs at rest, especially in the evening, that are temporarily relieved by movement. Because restless legs syndrome often interrupts sleep, people commonly are diagnosed after they consult a sleep specialist for assistance. This research was reported in the July 21 issue of Neurology.
Login Or Register To Read Full Story
Login Register