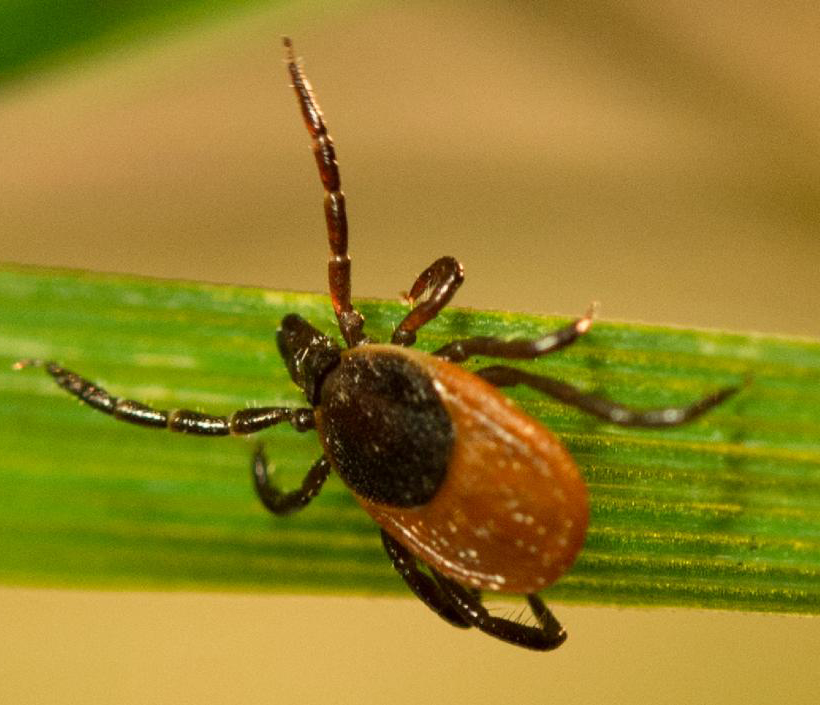 One of the reasons ticks spread Lyme disease so well goes back to a unique evolutionary event. In an article published in the December 10, 2020 issue of Cell, researchers report that an antibacterial enzyme in ticks, Dae2, protects them from bacteria found on human skin, while still allowing them to harbor Borrelia burgdorferi, the bacterium that causes Lyme disease. Ticks acquired the gene for this enzyme 40 million years ago from an unknown species of ancient bacterium through horizontal gene transfer. The open-access Cell article is titled "Ticks Resist Skin Commensals with Immune Factor of Bacterial Origin." Bacteria exchange DNA with each other all the time, but what's remarkable is that 40 million years ago a gene in bacteria jumped across kingdoms all the way into ticks," says senior author Seemay Chou, PhD, a Professor of Biochemistry at University of California San Francisco (UCSF). "The ticks effectively stole a page out of the bacteria's playbook, repurposing their arsenal to use against them." The relationship between ticks and the Lyme bacterium is an example of symbiosis, where two species live in harmony with one another, and often, one organism benefits from the other without harming it. But Dr. Chou's team found that ticks have a more adversarial relationship with with bacteria found on human skin, and ticks use Dae2--the enzyme stolen from ancient bacteria--as a defense agent to keep them safe. Because the ticks are so well protected against human skin bacteria, they can spread Lyme disease far and wide. However, without Dae2, the whole system falls apart. "When we blocked the enzyme, we found that ticks were actually dying from these bacteria." says Dr. Chou.
Login Or Register To Read Full Story
Login Register