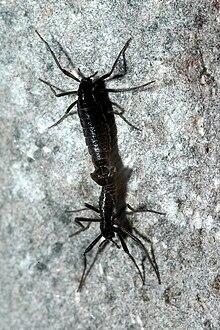 Although they live in similarly extreme ecosystems at opposite ends of the world, Antarctic insects appear to employ entirely different methods at the genetic level to cope with extremely dry conditions than their counterparts that live north of the Arctic Circle, according to National Science Foundation (NSF)-funded researchers. Writing in the December 11, 2012 issue of PNAS, the researchers concluded, "Polar arthropods have developed distinct... mechanisms to cope with similar desiccating conditions." The researchers noted that aside from the significance of the specific discovery about the genetics of how creatures cope in polar environments, the new finding is important because it shows how relatively new and developing scientific techniques, including genomics, are opening new scientific vistas in the Polar Regions, which were once thought to be relatively uniform and, relatively speaking, scientifically sterile environments. "It's great to have an Antarctic animal that has entered the genomic era," said David Denlinger, a distinguished professor of entomology at Ohio State University and a co-author of the paper. "This paper, which analyzed the expression of thousands of genes in response to the desiccating environment of Antarctica, is just one example of the power that the genomic revolution offers for advancing polar science." The collaborative research--which included contributions from scientists at Ohio State University, the Centre National de la Recherche Scientifique (National Center for Scientific Research) in France, Catholic University of Louvain in Belgium, Stanford University, and Miami University in Ohio--was supported in part by the Division of Polar Programs in NSF's Geosciences Directorate. Polar Programs manages the U.S. Antarctic Program, through which it coordinates all U.S.
Login Or Register To Read Full Story
Login Register