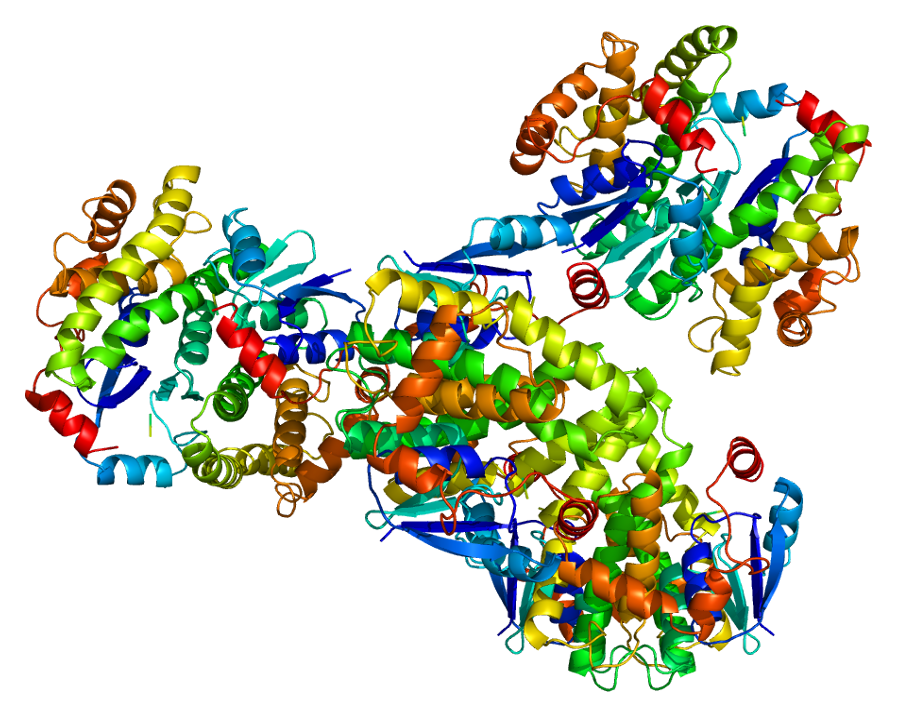 The disease multiple sclerosis (MS) attacks the central nervous system and, with time, can give rise to muscle tremors, a loss of balance, and other symptoms. Researchers at Karolinska Institutet in Sweden have now identified a gene, Gsta4, coding for glutathione S-transferase A4 (image), that protects a certain kind of cell (oligodendrocyte) in the brain from being destroyed. It is hoped that the results of the study, which were published on August13, 2020 in Nature Communications, can help to improve the treatment of this serious disease. The open-access article is titled “Gsta4 Controls Apoptosis of Differentiating Adult Oligodendrocytes During Homeostasis and Remyelination Via the Mitochondria-Associated Fas-Casp8-Bid-Axis.” “Taken together, our findings are particularly interesting for several reasons,” says corresponding author Karl Carlström, Researcher at the Department of Clinical Science at Karolinska Institutet in Sweden. “Too little is known about the mechanisms behind progressive MS, by which I mean the phase of the disease in which oligodendrocytes and neurons in the brain die without re-forming.” Brain neurons can be likened to electric wires, the protective and insulating sheathes of which are essential to their purpose. The cells that provide such insulation are called oligodendrocytes and it is these cells that the immune system attacks in an early phase of MS. Researchers at Karolinska Institutet have studied possible mechanisms influencing both how well oligodendrocytes mature into functional cells and their survival during this process. MS is a disease of the central nervous system (the brain and spinal cord) and can last for many years, leading in many cases to, among other problems, loss of sensation, tremors, difficulties walking, mood swings, and visual impairment.
Login Or Register To Read Full Story
Login Register