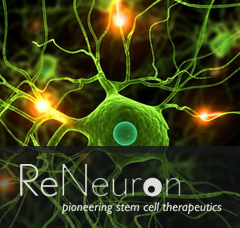 On March 19, 2021, ReNeuron Group plc (AIM: RENE), a UK-based global leader in the development of cell-based therapeutics, provided an update on the positive progress being made by third-party commercial collaborators with its exosome technology platform and the signing of new collaboration agreements with a major pharmaceutical company and leading academic institutions in the UK and mainland Europe. ReNeuron’s exosome technology is being explored by pharmaceutical, biotechnology, and academic collaboration partners as a novel delivery vehicle for third-party therapeutic agents targeting the brain and other parts of the body. The company is developing its lead exosome candidate from its proprietary CTX neural stem cell line. These exosomes can be manufactured according to GMP standards through a fully qualified, xeno-free, scalable process and loaded with a diverse range of therapeutic agents, including siRNA/mRNA/miRNA, CRISPR/Cas9, antibodies, peptides, and small molecules. The exosomes have been shown to exhibit a natural ability to cross the blood-brain barrier. ReNeuron is also developing further exosome candidates derived from a panel of additional producer cell lines owned by the company. These exosome candidates have the potential to broaden the repertoire of tissues and indications that the company is able to target. ReNeuron is exploring multiple methods of loading exosomes, both internally and on the exosome surface, and is collaborating with major pharmaceutical/biotechnology companies on these projects. Since the last update in the company’s interim results statement on 24 November 24, 2020, the company has signed a further commercial collaboration agreement with a major pharmaceutical company, focusing on the potential of the ReNeuron’s exosomes to deliver DNA cargoes for expression of therapeutic genes in the brain.
Login Or Register To Read Full Story
Login Register