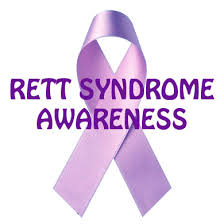 A surgical sedative may hold the key to reversing the devastating symptoms of Rett syndrome, a neurodevelopmental disorder found almost exclusively in females. Ketamine, used primarily for operative procedures, has shown such promise in mouse models that Case Western Reserve and Cleveland Clinic researchers will soon launch a two-year clinical trial using low doses of the medication in up to 35 individuals with Rett syndrome. A recently allocated $1.3 million grant from the Rett Syndrome Research Trust (RSRT) represents a landmark step in area researchers' efforts to create a true regional collaboration that capitalizes on the diverse expertise of scientists and clinicians all dedicated to improving the lives of individuals struck with this and other autism spectrum disorders (ASDs). Dr. David Katz, a neuroscientist at Case Western Reserve, and Thomas Frazier II, Ph.D., Director of the Cleveland Clinic Center for Autism, led creation of a Northeast Ohio consortium three years ago to encourage research partnerships among basic scientists and clinicians. Cleveland Clinic, University Hospitals, and Case Western Reserve each contributed seed funding; the consortium also is affiliated with the university's International Center for Autism Research and Education. Rett syndrome, which occurs in roughly 1 of every 10,000 female births, leads to a constellation of symptoms mirroring those of autism, Parkinson's disease, cerebral palsy, and anxiety disorders. Its presence does not manifest itself until after birth; symptoms often do not begin to appear until the child reaches six months of age. Development slows, communication skills decline, and motor skills are also affected. The rate of growth of the head decreases, and seizures and/or disruptions in breathing patterns are common.
Login Or Register To Read Full Story
Login Register