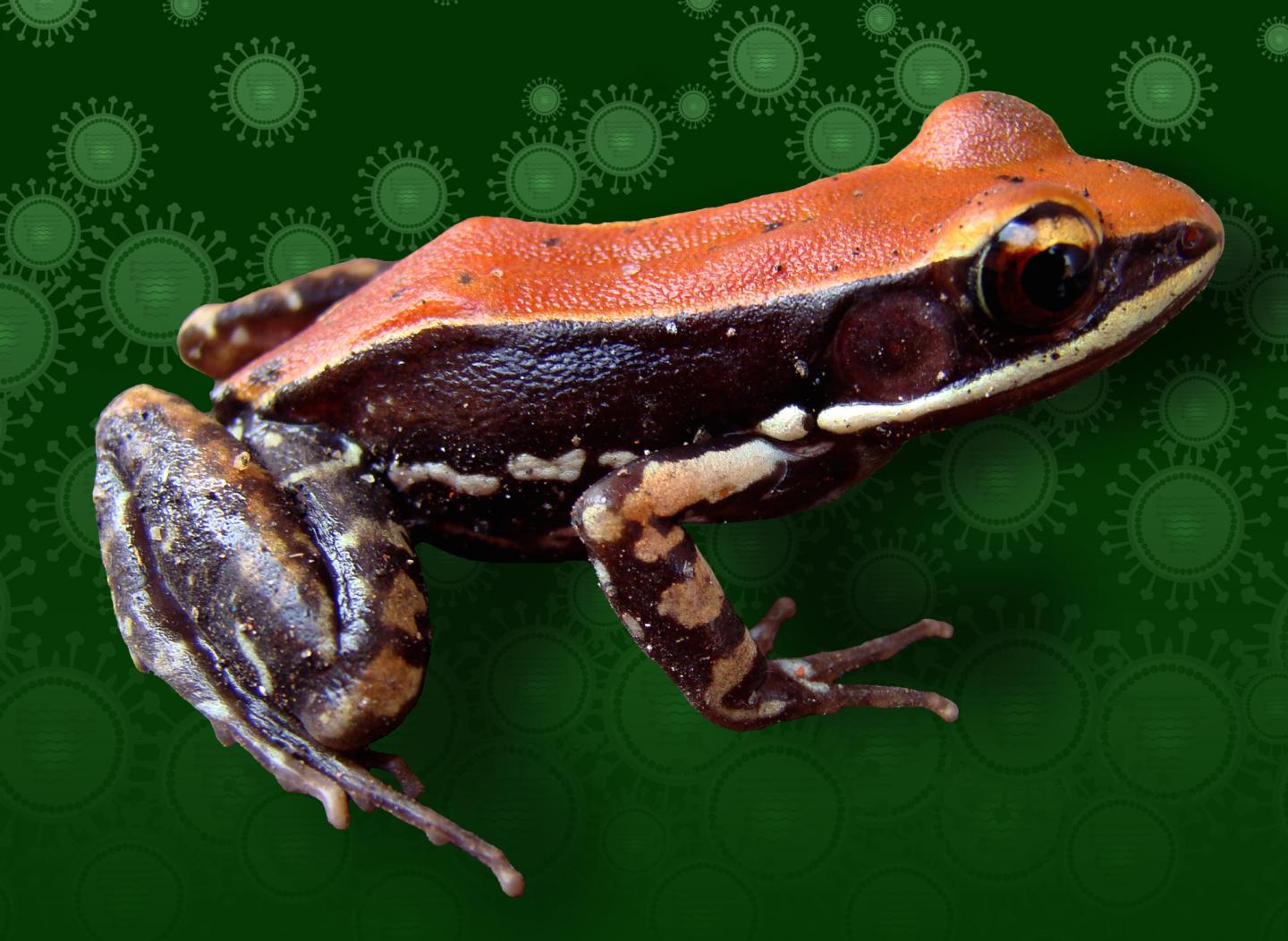 A component of the skin mucus secreted by South Indian frogs can kill the H1 variety of influenza viruses, researchers from Emory Vaccine Center in Georgia and the Rajiv Gandhi Center for Biotechnology in India have discovered. Frogs' skins were known to secrete "host defense peptides" that defend them against bacteria. The finding, published online on April 18, 2017 in Immunity, suggests that the peptides represent a resource for antiviral drug discovery as well. The article is titled “An Amphibian Host Defense Peptide Is Virucidal for Human H1 Hemagglutinin-Bearing Influenza Viruses.” Anti-flu peptides could become handy when vaccines are unavailable, in the case of a new pandemic strain, or when circulating strains become resistant to current drugs, says senior author Joshy Jacob, Ph.D., Associate Professor of Microbiology and Immunology at Emory Vaccine Center and Emory University School of Medicine. The first author of the paper is graduate student David Holthausen, and the research grew out of collaboration with M.R. Pillai, Ph.D., and Sanil George, Ph.D., from the Rajiv Gandhi Center for Biotechnology. Dr. Jacob and his colleagues named one of the antiviral peptides they identified urumin, after a whip-like sword called "urumi" used in southern India centuries ago. Urumin was found in skin secretions from the Indian frog Hydrophylax bahuvistara, which were collected after mild electrical stimulation. Peptides are short chains of amino acids, the building blocks of proteins. Some anti-bacterial peptides work by punching holes in cell membranes, and are thus toxic to mammalian cells, but urumin was not. Instead, urumin appears to only disrupt the integrity of flu virus, as seen through electron microscopy.
Login Or Register To Read Full Story
Login Register