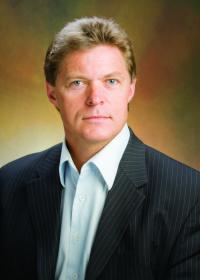 Scientists have identified four gene loci newly associated with the severe food allergy eosinophilic esophagitis (EoE). Because the genes appear to have roles in other allergic diseases and in inflammation, the findings may point toward potential new treatments for EoE. "This research adds to the evidence that genetic factors play key roles in EoE, and broadens our knowledge of biological networks that may offer attractive targets for therapy," said study leader Hakon Hakonarson (image), M.D., Ph.D., director of the Center for Applied Genomics at The Children's Hospital of Philadelphia (CHOP). Dr. Hakonarson and colleagues from other hospitals and academic centers published the study online on November 19, 2014 in Nature Communications. The research builds on a 2010 study by Dr. Hakonarson and colleagues that identified TSLP (thymic stromal lymphopoietin ) as the first major gene associated with EoE. Only recently recognized as a distinct condition, EoE has been rapidly increasing in prevalence over the past 20 years. Its hallmark is inflammation and painful swelling in the esophagus, along with high levels of immune cells called eosinophils. It can affect people of any age, but is more common among young men who have a history of other allergic diseases such as asthma and eczema. EoE is often first discovered in children with feeding difficulties and failure to thrive. Because children with EoE are often allergic to many foods, they may be placed on a highly-restricted diet containing no large food proteins, to allow time for their symptoms to resolve. Physicians then perform tests to determine which foods a child can or cannot eat.
Login Or Register To Read Full Story
Login Register