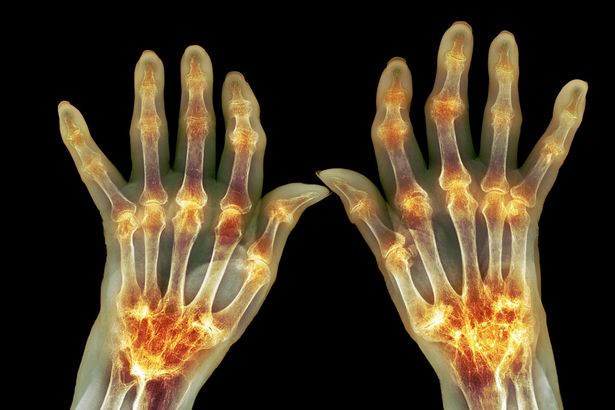 Current treatments for rheumatoid arthritis relieve the inflammation that leads to joint destruction, but the immunologic defect that triggers the inflammation persists to cause relapses, according to research conducted at the NYU Langone Medical Center and the University of Pittsburgh. Known as autoantibodies and produced by the immune system's B cells, these defective molecules mistakenly attack the body's own proteins in an example of autoimmune disease. Now, the results of a study published online on January 24, 2017 in Arthritis & Rheumatology suggest that clinical trials for new rheumatoid arthritis (RA) drugs should shift from their sole focus on relieving inflammation to eliminating the B cells that produce these antibodies. "We have developed a test for measuring the underlying autoimmunity in rheumatoid arthritis patients that should be used to evaluate new treatment regimens," says senior author Gregg Silverman, M.D., professor in the Departments of Medicine and Pathology at NYU Langone and co-director of its Musculoskeletal Center of Excellence. "We believe this provides a road to a cure for rheumatoid arthritis." The article is titled “Disease Associated Anti-Citrullinated Protein Memory B Cells in Rheumatoid Arthritis Persist in Clinical Remission.” Rheumatoid arthritis is a chronic inflammatory autoimmune disease that affects 1.5 million people in the United States. The current standard of care begins with methotrexate, a drug that reduces inflammation. It is often followed by drugs that block a molecule called tumor necrosis factor (TNF), which promotes inflammation. Both of these classes of drugs can blunt the swelling and inflammation associated with rheumatoid arthritis and at times even allow patients to go into clinical remission that requires continued treatment.
Login Or Register To Read Full Story
Login Register