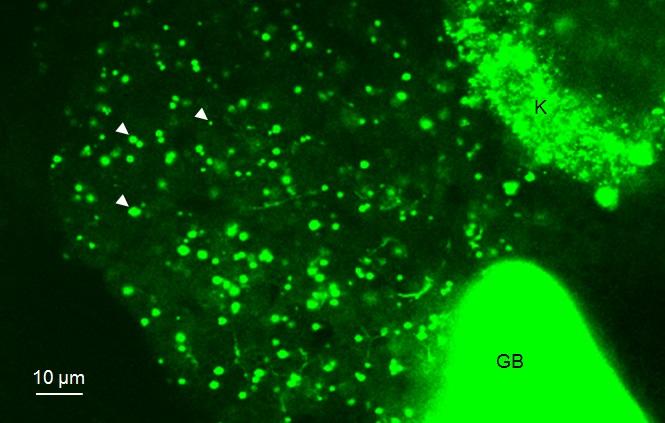 Studying how our bodies metabolize lipids such as fatty acids, triglycerides, and cholesterol can teach us about cardiovascular disease, diabetes, and other health problems, as well as reveal basic cellular functions. But the process of studying what happens to lipids after they are consumed has been both technologically difficult and expensive to accomplish until now. New work from Carnegie Institution for Science’s Steven Farber, PhD, and his graduate student Vanessa Quinlivan debuts a method using fluorescent tagging to visualize and help measure lipids in real time as they are metabolized by living fish. Their work was published online on March 9, 2017 in the Journal of Lipid Research. The article is titled “An HPLC-CAD/Fluorescence Lipidomics Platform Using Fluorescent Fatty Acids As Metabolic Tracers.” "Lipids play a vital role in cellular function, because they form the membranes that surround each cell and many of the structures inside of it," Quinlivan said. "They are also part of the crucial makeup of hormones such as estrogen and testosterone, which transmit messages between cells." Unlike proteins, the recipes for different lipid-containing molecules are not precisely encoded by DNA sequences.
Login Or Register To Read Full Story
Login Register