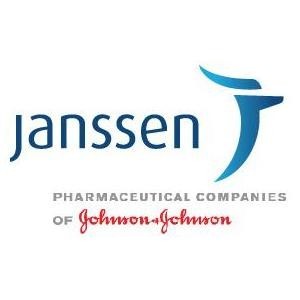 On March 5, 2019, Janssen Pharmaceutical Companies of Johnson & Johnson announced that the U.S. Food and Drug Administration (FDA) has approved SPRAVATO™ (esketamine, a derivative of ketamine) CIII nasal spray for use, in conjunction with one of a number of existing oral antidepressant, in adults with treatment-resistant depression (TRD). People who are currently struggling with major depressive disorder (MDD) are considered to have TRD if they have not responded adequately to at least two different antidepressants of adequate dose and duration in the current depressive episode. It is estimated that approximately one-third of U.S. adults with MDD have TRD. "It was hard to have any emotions, because I was just numb," said Robin P., an esketamine clinical trial patient. "When I began treatment with esketamine and my symptoms started to lift, I could see very clearly just how depressed I had been. I'm now able to appreciate a wider range of emotions than when I was depressed. My long-term goals have taken shape and actually seem attainable." Esketamine is the s-enantiomer of ketamine. Ketamine is a mixture of two enantiomers (mirror-image molecules). This is the first FDA approval of esketamine for any use. The FDA approved ketamine (Ketalar) in 1970. "SPRAVATO™ has the potential to change the treatment paradigm and offer new hope to the estimated one-third of people with major depressive disorder who have not responded to existing therapies," said Mathai Mammen, MD, PhD, Global Head, Janssen Research & Development, LLC. "This unique and innovative medicine is a testament to Janssen's heritage of advancing solutions in neuroscience to heal minds and improve health outcomes."
Login Or Register To Read Full Story
Login Register