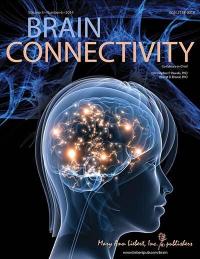 The cause of fibromyalgia, a chronic pain syndrome, is not known. However, the results of a new study that compares brain activity in individuals with and without fibromyalgia indicate that decreased connectivity between pain-related and sensorimotor brain areas could contribute to deficient pain regulation in fibromyalgia, according to an article published in Brain Connectivity, a peer-reviewed journal from Mary Ann Liebert, Inc., publishers. The article is available free on the Brain Connectivitywebsite at http://online.liebertpub.com/doi/full/10.1089/brain.2014.0274 until November 1, 2014. The new study by Dr. Pär Flodin and coauthors from the Karolinska Institutet (Stockholm, Sweden) builds on previous findings in fibromyalgia that showed abnormal neuronal activity in the brain associated with poor pain inhibition. In the current study, "Fibromyalgia Is Associated with Decreased Connectivity between Pain- and Sensorimotor Brain Areas," the researchers report a pattern of "functional decoupling" between pain-related areas of the brain that process pain signals and other areas of the brain, such as those that control sensorimotor activity in fibromyalgia patients compared to healthy patients, in the absence of any external pain stimulus. As a result, normal pain perception may be impaired. "Fibromyalgia is an understudied condition with an unknown cause that can only be diagnosed by its symptoms," says Christopher Pawela, Ph.D., Co-Editor-in-Chief of Brain Connectivity and Assistant Professor, Medical College of Wisconsin. He was not involved in the current study. "This study by Flodin et al.
Login Or Register To Read Full Story
Login Register