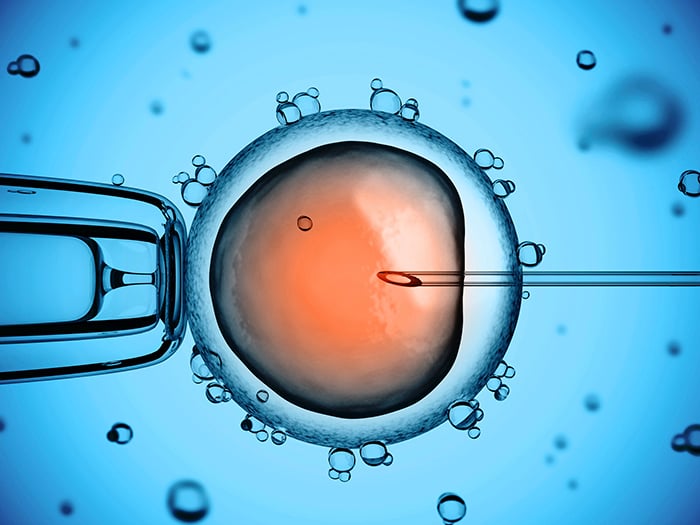 Fertility experts in Southhampton, UK, and the Netherlands have identified a specific genetic pattern in the womb that could predict whether or not in vitro fertilization (IVF) treatment is likely to be successful. Study co-lead Professor Nick Macklon, Chair in Obstetrics and Gynecology at the University of Southampton, said the discovery would help clinicians understand why IVF fails repeatedly in some women. He said it could also lead to the development of a new test to help patients understand how likely they are to achieve a pregnancy before they embark on the treatment process - and to guide others on whether or not they should continue even after a number of unsuccessful cycles. "Many women undergo a number of IVF cycles without success despite having good quality embryos and, up to now, it has been unclear whether or not the lining of the womb may be the cause of that," explained Professir Macklon, Medical Director of the Complete Fertility Centre Southampton, which is based at the city's Princess Anne Hospital and is part of the NIHR Southampton Biomedical Research Centre. "We have now shown that an abnormal gene expression in the lining can be identified in many of these women and that a specific gene 'fingerprint', when present, is always associated with failure, which is very significant in aiding our understanding of IVF failure." Patients were recruited for the study, published online on January 22, 2016, in an open-access article in the journal Scientific Reports, at the University Medical Center Utrecht between 2006 and 2007 and at both Utrecht and the Academic Medical Center in Amsterdam between 2011 and 2013. The article is titled “An endometrial gene expression signature accurately predicts recurrent implantation failure after IVF..”
Login Or Register To Read Full Story
Login Register