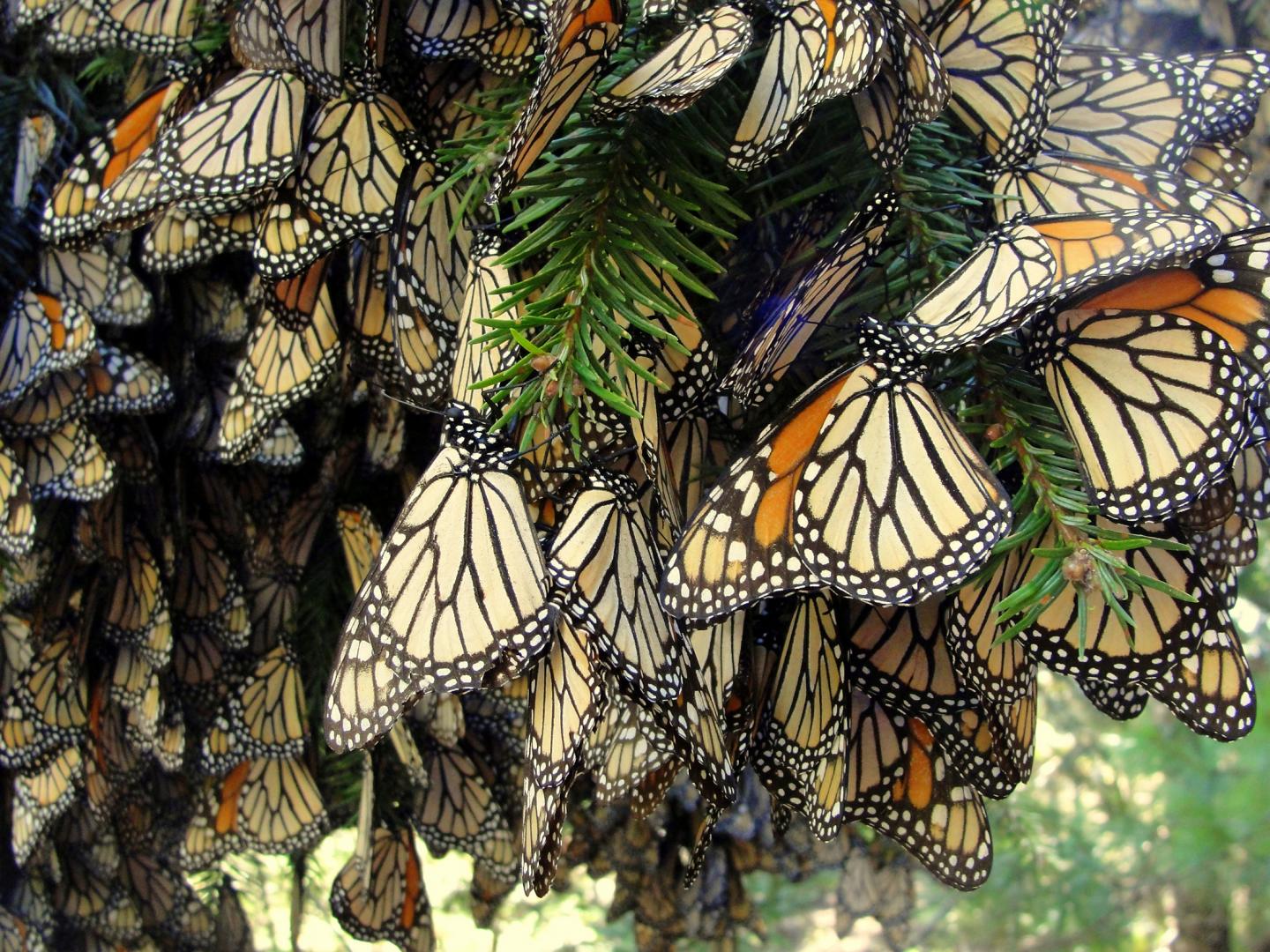 Evidence has been mounting that female monarch butterflies are better at flying and more successful at migration than males, and researchers from the University of Georgia have now come up with an explanation--but not one that they expected. In the new study comparing physical traits of female and male monarchs, the scientists found that, although female monarchs have smaller wings and smaller flight muscles than males, their wings are thicker and also bear less weight per square inch, making them both sturdier and more efficient in flight. "Both of these elements would play important roles in determining the outcome of the migration," said the study's lead author Andy Davis, Ph.D., a research scientist in UGA's Odum School of Ecology (http://www.ecology.uga.edu). "Until now, we had no idea why females were better flyers than males, but this study definitely helps to answer that question." For the study, published recently in an open-access article in the Journal of Insects, Dr. Davis and co-author Michael Holden, an undergraduate ecology student, measured the wings and body parts of 47 male and 45 female monarch butterflies, specifically targeting those characteristics that are important for flight, such as the ratio of wing size to body size, the size of flight muscles, and wing thickness. "We expected we'd find that females have bigger flight muscles, but it was the opposite," said Holden, who will graduate in spring 2016 with a bachelor's degree in ecology and will document moth species next year through an internship in Costa Rica. "Males had the largest muscles." Their analysis revealed, however, that female bodies tend to be lighter in relation to their wing size, meaning their wings have to carry less weight overall. This would make their flight more efficient.
Login Or Register To Read Full Story
Login Register