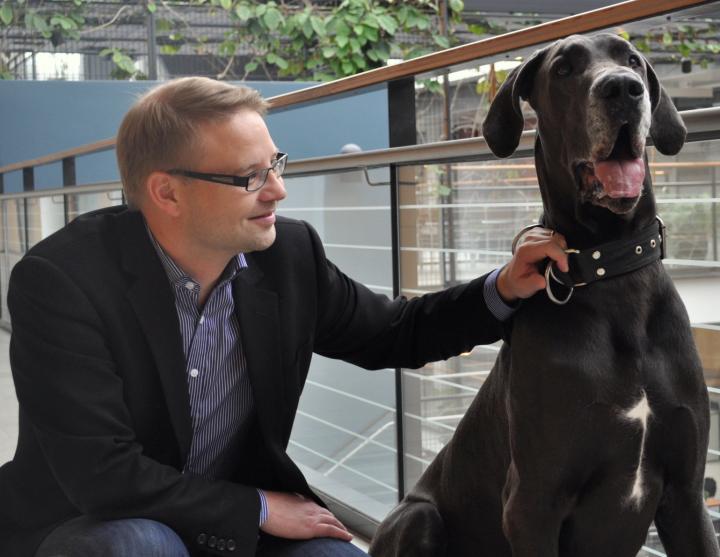 A novel genomic region on chromosome 11 has been associated with fearfulness in dogs in a study of Great Danes by researchers at the University of Helsinki and the University of Oahu, both in Finland. The identified genomic region includes several candidate genes associated with brain development and function, as well as anxiety, whose further analysis may reveal new neural mechanisms related to fear. For the purposes of the study, led by the University of Helsinki’s Professor Hannes Lohi's (https://researchportal.helsinki.fi/en/persons/hannes-lohi) research group (https://www.koirangeenit.fi/english/) and published online on May 28, 2020 in Translational Psychiatry, data from a total of 120 Great Danes was collected. The article is titled “A Novel Genomic Region on Chromosome 11 Associated with Fearfulness in Dogs.” [Editor’s Note: Dogs have 38 pairs of somatic chromosomes, and the X and Y sex chromosomes, compared to the human complement of 22 pairs of somatic chromosomes and the X and Y sex chromosomes.] The Great Dane breed is among the largest breeds of dog in the world. The project was launched after a number of Great Dane owners approached the research group to tell them about their dogs' disturbing fearfulness towards unfamiliar human beings in particular. "Fear in itself produces a natural and vital reaction, but excessive fear can be disturbing and results in behavioral disorders. Especially in the case of large dogs, strongly expressed fearfulness is often problematic, as it makes it more difficult to handle and control the dog," says Riika Sarviaho, PhD, from the University of Helsinki. In dogs, behavioral disorders associated with anxiety and fearfulness include generalized anxiety disorder and a range of phobias.
Login Or Register To Read Full Story
Login Register